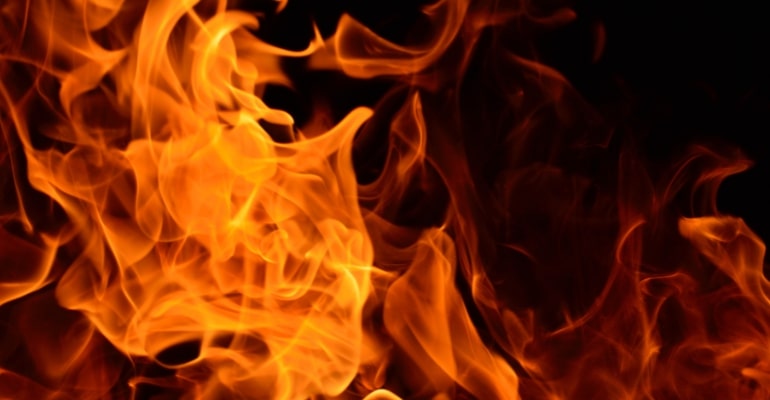 CAGAYAN DE ORO CITY, PHILIPPINES — At around 1:20 pm, a fire at Lawisbra, Lapasan, disrupted classes at the University of Science and Technology of Southern Philippines (USTP) – CDO Campus.

The fire was estimated to have affected seven houses and was dangerously close to the Petron Gas Station. According to Inspector Samson T. Velarde, Station 6 commander, property damage may reach up to Php800,000.

Various fire trucks were at the scene to mitigate the spreading of the fire. Others entered the USTP campus to extinguish the fire from the side connecting USTP and Lawisbra.

The following residences have been identified as burnt by the fire, affecting its residents, including renting students and workers:

While firefighters were trying to extinguish the fire, some residents collected water in containers in case the fire spilled over their houses.

At the moment, the cause of the fire is still under investigation. Fortunately, no injuries or other casualties have been recorded.

Some students and workers who were at the scene were able to gather some valuables before leaving the area.

A boarder told reporters they first heard a whooshing sound and a bang upstairs, followed by someone shouting, “fire!” They managed to bring their laptop, important documents, and school papers before quickly running to safety.

Meanwhile, other renters who were at work or at school when the fire started were not so lucky. Most were unable to save any belongings. – WhatALife!