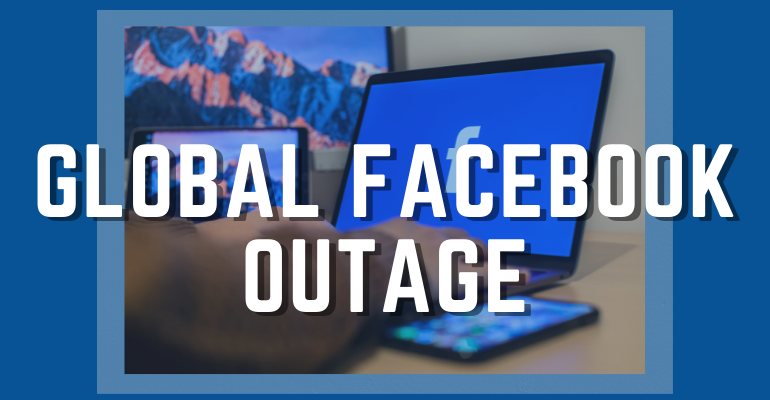 Social media application tycoon Facebook and its contemporaries Instagram and Whatsapp were inaccessible on Monday, October 4, 2021, due to a global outage.

Around 11:40 pm in Philippine Standard Time, users reported the apps displaying error messages. Not long after, Facebook and its apps experienced a global outage. The apps were down for more than five hours. This caused a disruption not only to casual feed scrollers but to businesses dependent on the apps, as well. With more than 3 billion users worldwide relying on the apps for communication, advertising, entertainment, and using the app to sign in on other devices, the outage no doubt caused a domino effect.

Facebook then acknowledged the outage in their tweet, where they wrote: We’re aware that some people are having trouble accessing our apps and products. We’re working to get things back to normal as quickly as possible, and we apologize for any inconvenience.

The Twitter account further apologized to the affected communities and businesses, “To the huge community of people and businesses around the world who depend on us: we’re sorry. We’ve been working hard to restore access to our apps and services and are happy to report they are coming back online now. Thank you for bearing with us.”

However, they did not reveal the exact reason. However, two Facebook security team members have said that the outage was unlikely caused by a cyberattack. Furthermore, the issue was more on Facebook’s servers.

On October 5, 6:54 AM PHT, Facebook CEO Mark Zuckerberg posted on his official Facebook page, “Facebook, Instagram, WhatsApp and Messenger are coming back online now. Sorry for the disruption today — I know how much you rely on our services to stay connected with the people you care about.”

Standard Media Index, an ad measurement firm, estimated an ad revenue per hour loss of $545,000 from the social media tycoon.

The app has also experienced similar outages earlier this year around March and July.