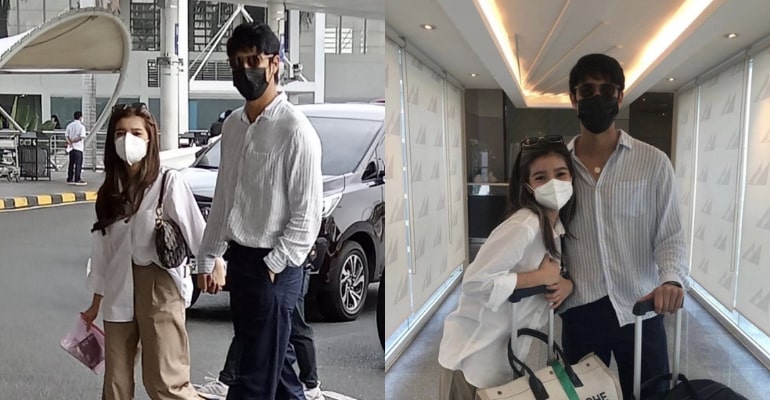 MANILA, PHILIPPINES — Donny Pangilinan and Belle Mariano were spotted holding hands at Ninoy Aquino International Airport (NAIA) through viral photos currently taking over the internet. The pair were off to New York for the Star Magic tour.

Donny Pangilinan said on social media that he and Belle Mariano are going to the United States. He also asked fans to not miss the season finale of their series He’s Into Her.

Reactions from the Filipino fans:

“It’s just the beginning of more travels together. So stay safe, my love,” commented @checruz19.

(Have a safe trip)

“Congratulations to our only #TagSen you made it!!! The journey and story behind it are one for the books. Thank you, our #DonBelle, for giving your all. You guys made us all proud,” commented @BondelleEnjoyer.

Donny Pangilinan and Belle were reportedly on their way to the US before their upcoming Star Magic Anniversary Tour which starts the following week.

He’s Into Her Season 2 Finale

The most recent episode of the popular teen rom-com He’s Into Her was described as an emotional roller coaster by fans. Although season 2 is finished, there are many things to look forward to.

He’s Into Her season two has concluded after 16 episodes. What began as the blooming love story of Max and Deib got all kinds of wild, complete with CCTV cameras, love coupons, sobbing in the rain, break-ups, make-ups, and much more, as its roller coaster of a journey came to an end.

A significant portion of the episode’s hour and a half-length was devoted to giving several of the show’s characters’ endings.

Finally, the Benison barkada has ended, at least temporarily, and most of them received the closure they deserved.

He’s Into Her third season has not yet been officially confirmed. But even if it doesn’t, it wouldn’t bother the fans because most characters have happy endings. –WhatALife!/Brix