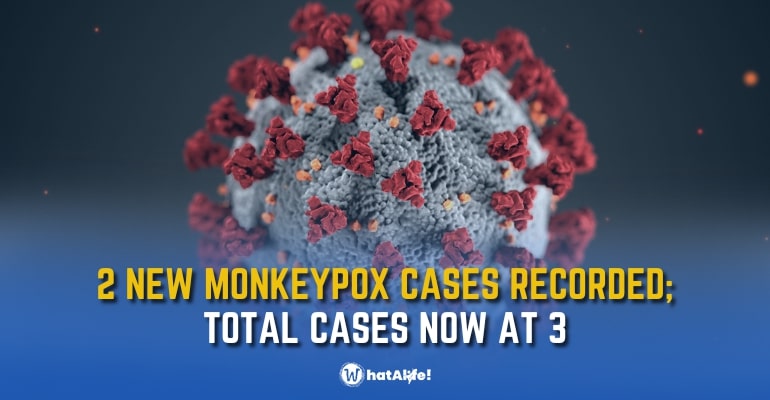 According to the Department of Health, a 34-year-old and a 29-year-old were additions to the monkeypox case in the country and had recent travel records to a country with confirmed monkeypox infections.

The 29-year-old is confined at a medical facility, while the 34-year-old is isolated at home.

While 17 close contacts of the 29-year-old have been located and their information is being validated, authorities are currently tracking out the 34-year-old close contacts.

According to the DOH officer-in-charge Maria Rosario Vergeire, they could not disclose other information of the two new monkeypox patients as they are safeguarding their privacy.

On July 29, the DOH announced the first case of monkeypox in the Philippines. The patient was a Filipino who had recently traveled to a country with reported monkeypox instances.

The patient has recovered, and their 10 close contacts were symptom-free until their isolation ended on August 16. –WhatALife!/Brix

Also read: What to know about monkeypox and how worried should you be