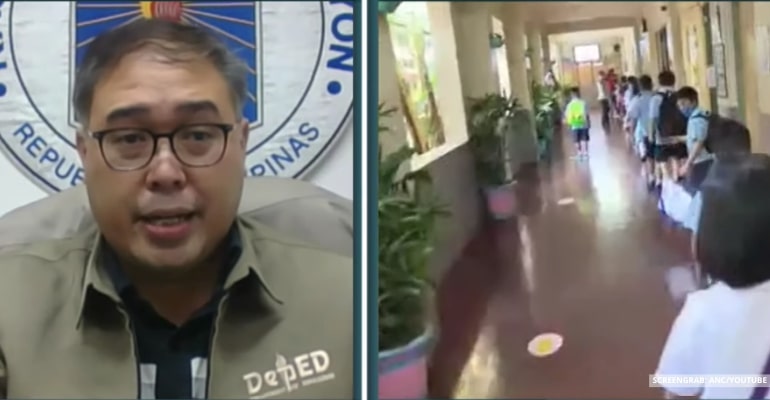 “I would like to say that we use the regular English and Filipino as the medium of instruction and the mother tongue as an exception to the rule,” he said in an interview on ANC.

The Undersecretary addressed the issue of law that has to be changed.

According to the K–12 curriculum, the mother tongue is now the necessary language utilized as a medium of instruction from Kindergarten to Grade 3, according to Densing.

Densing said he had discussed his idea more often with the vice president, who also serves as the DepEd Secretary.

“I have discussed this a few times with Vice President Sara – although this is not yet official because this has not come out, this is more of a personal comment of mine that, again, I opened up for discussion with VP Sara… The mother tongue under the K to 12 law they required … from Kindergarten to, I think, Grade 3. And these are the opinions of the experts,” he said.

When asked if the DepEd will evaluate the K–12 curriculum after the Pulse Asia poll revealed that 44 percent of Filipinos were unhappy with the program, Densing assured the public that evaluation for the Kindergarten through Grade 10 programs is now complete.

He then added that the recommended adjustments are being finalized by the education agency and would be implemented soon.

“Even before the survey and the assumption of the office of this administration, the DepEd has already made a review of the K to 12 programs,” he said.

“They started to review Kindergarten to Grade 10, and I believe they are now finalizing the assessment and will be presenting their proposed revisions anytime soon,” the DepEd official added.

According to DepEd Secretary Sara Duterte, before he was sworn in as president, Ferdinand “Bongbong” Marcos Jr. called for a review last month regarding implementing the K to 12 programs. – WhatALife!/Brix