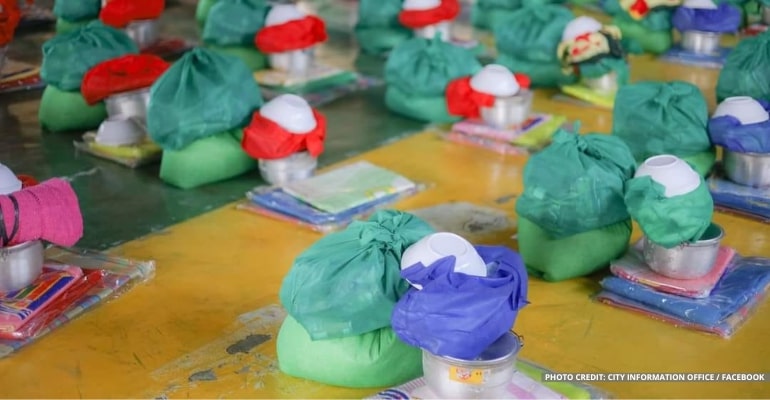 On the day the tragedy happened, the victims’ families first received rice, kitchen utensils, and sleeping linens from the City Social Welfare and Development Department under the leadership of CSWD Officer Annie Tongson and CSWD Executive Overseer Pastor Dimver Andales.

Thankfully, no life was lost in the fire.

SFO3 Alden Catubig, commander of the BFP-Tablon Sub-Station, first revealed that the fire started in the residence of Leogarda Bustillo and quickly spread to the neighbors.

The structural damage caused by the fire in 29 houses, where around 50 families lived, was estimated at approximately two hundred thousand pesos.

Meanwhile, the aid that has arrived and received is not enough for almost 50 families suffering and taking shelter in this city’s covered area of ​​Brgy Tablon.

This was echoed by Tablon Punong Barangay Billy Auza.

Auza said that although the city government and other private sectors have already provided aid, it is not enough if the new houses for the people affected by the fire are not rebuilt quickly.

In the initial CSWD assessment, the personal belongings of those who suffered the fire were said to have lost over six million pesos in total. – WhatALife!/Zed