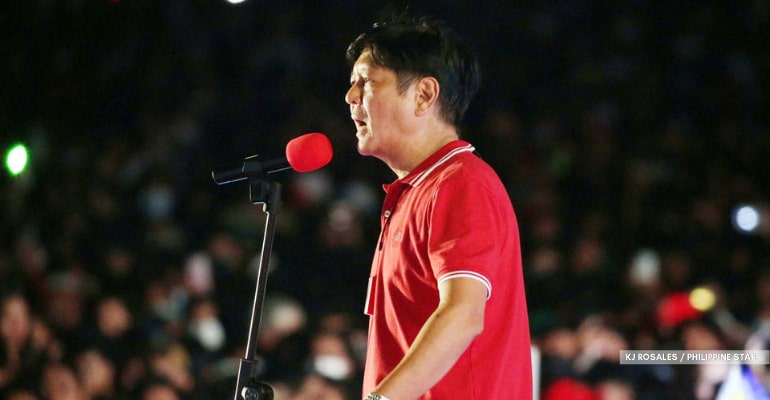 MANILA, PHILIPPINES — The First Division of the Commission on Elections (Comelec) dismissed the last disqualification complaint filed against Ferdinand Marcos Jr., whose presidential ambition has been haunted by the ghost of his 1990s tax conviction.

Comelec First Division presiding commissioner Socorro Inting dismissed the complaint about lack of merit in a ruling announced on Wednesday.

“It’s a good development and we’re happy that it happened before the upcoming elections,” Marcos stated in an ambush interview following his campaign in Occidental Mindoro.

“Wherefore, premises considered, the instant petition, is hereby denied for lack of merit,” the resolution read.

The group claimed in their petition that Marcos was convicted eight times in 1995 by the Quezon City Regional Trial Court (QC RTC) Branch 105 for failing to file his income tax returns as governor of Ilocos Norte for the taxable years 1982 to 1985 and for failing to pay the corresponding deficiency taxes.

In 1997, the Court of Appeals modified the decision and ordered Marcos Jr. to pay the tax debts and fines instead.

Meanwhile, Inday Sara Duterte-Carpio, his running mate, indicated she would let the Marcos camp comment on the issue.

“I have no comment on that, I will leave it to the team of Bongbong Marcos to give a statement,” Duterte-Carpio stated in an ambush interview in Batangas City.

When asked about the dismissing of the final disqualification case against the presidential candidate, Marcos’ spokesperson Atty. Vic Rodriguez said that the Comelec decided that Marcos “possesses all the qualities needed to aspire for, advocate for and serve as president of the Republic of the Philippines.”

“As advocated, elections are settled through the ballots on election day – not through the abuse of our judicial processes like the filing of nuisance petitions for disqualification,” Rodriguez said. – WhatALife!