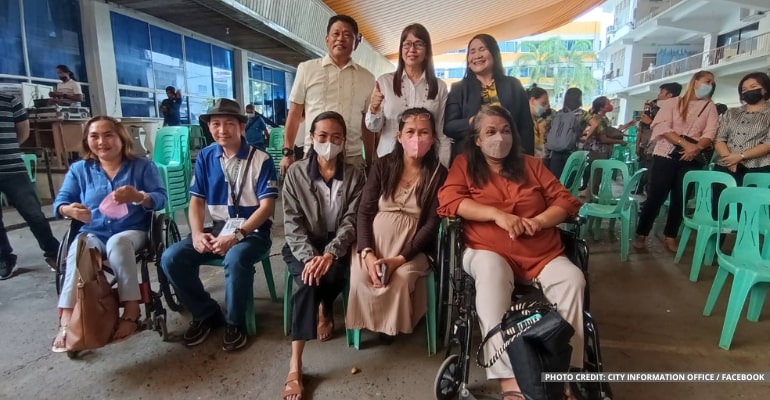 CAGAYAN DE ORO CITY, PHILIPPINES — On October 17, the city hall launched the fourth round of the Search for Most PWD-Friendly Barangay during the flag-raising ceremony at the city hall quadrangle.

The Technical Working Group, made up of various offices of the LGU-CDO, led the launch.

During the launch, PDAO (Persons with Disability Affairs Office) Head Maria Liza Corpuz gave her message to the people and thanked the support of local governtment officials.

According to Corpuz, “I would like to enjoin each and everyone na ang paghatag og pagtagad sa mga persons with disabilities, dili lamang ka na para sa ilaha kon dili para sa atong selves, we should be directive into being the best version of ourselves.”

(I would like to enjoin each and everyone to support persons with disabilities, not only for them but also for ourselves)

The administration created the ‘Search for the Most PWD-Friendly Barangay’ in 2019.

The event centers on the engagement pillars of governance, health, education, infrastructure, participation, and social protection.

The winners of the numbered and named barangays will be honored this December, and they will receive a cash prize worth P50,000 for the winner, P40,000 for the second prize, and P30,000 for the third prize.

The TWG started the study in 2018, with the goal to identify and protect the environment and promote tourism in Cagayan de Oro.

In their report, the Cave Management TWG started their assessment of Buntod Cave in June 2022. The Buntod Cave is only one of the nine caves the TWG group assessed.

On Monday, October 17, the TWG visited and presented the map to Mayor Uy in his office.

The mayor was happy about the study because, for the mayor, tourism’s development is a great help to the economy. But it does not mean that the administration neglects the Indigenous People’s rights and culture.