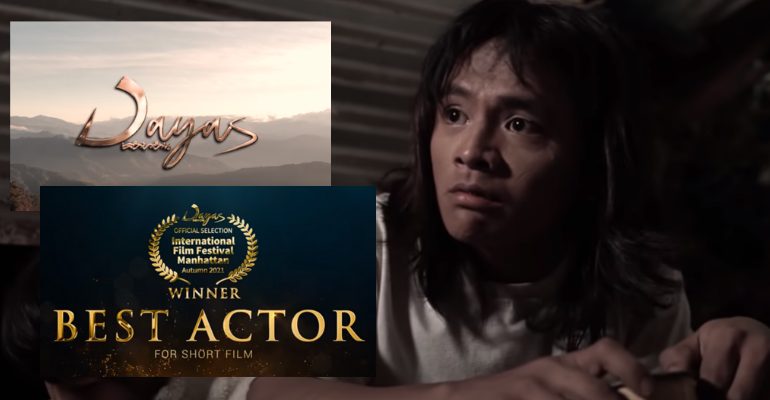 MANILA, PHILIPPINES — Jeyrick Sigmaton, who was dubbed as ‘Carrot Man’ after his photos carrying carrots went viral back in 2016, was recently awarded as best actor.

His performance in the short film, DAYAS, earned him the award from the International Film Festival Manhattan in New York City. The short film is directed by Jianlin Floresca and is about small-scale miners in Benguet.

Floresca said in a video, “We’re very thankful to have the best actor award for Jeyrick Sigmaton. In behalf of my actor and the entire cast of Sine Cordillera Dayas, and also in behalf of all Igorots all over the world, bagi tayo daytoy [this recognition is ours].”

You Might Also Want To Read: Where Are They Now? Star Magic Artists Batch 1 (1995)