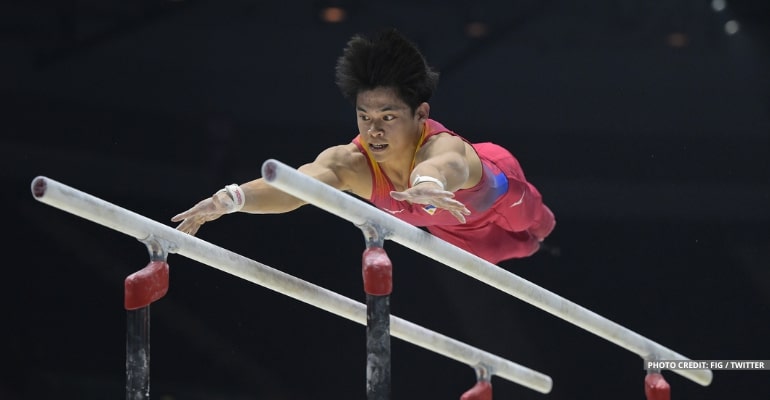 MANILA, PHILIPPINES — On November 6, Filipino Olympian and gymnast Carlos Edriel Yulo won the bronze medal in the parallel bars final of the 2022 World Artistic Gymnastics Championships in Liverpool, Northern England. Apart from this, he also won a silver medal in the vault finals at the same competition.

The 22-year-old gymnast celebrated on the podium with his silver medal after competing in the Men’s Vault final at the World Artistic Gymnastics Championships.

Back in 2019, Yulo got the gold medal from the competition in floor exercise and vault, while in 2018, he got his first bronze medal from the same event. In 2021, he won a silver medal in parallel bars.

After being ahead of the competition by soaring to 15.000 on his first attempt and getting 14.900 on the next, averaging 14.950 with his two tries, Yulo was suddenly beaten to the gold by Armenia’s Artur Daytyan.

Yulo had ruled the event last year in Kitakyushu, Japan. This year, Yulo had to relinquish his world title in the men’s vault.

However, the silver performance of the 22-year-old Filipino gymnastics ace was still a refreshing sight. It rivaled his Tokyo Olympian finish out of the medal podium in the men’s floor exercise and winning the gold in 2019 Stuttgart, Germany – the event that launched him into world fame.

Shortly after the vault, he achieved 6.300 in difficulty and 9.066 in execution, gaining a total score of 15.366 in the Men’s Parallel Bars final. He was only behind the 15.500 silver medalist Lukas Dauser of Germany and the 16.166 of the three-time world champion and gold winner Zou Jingyuan from China.