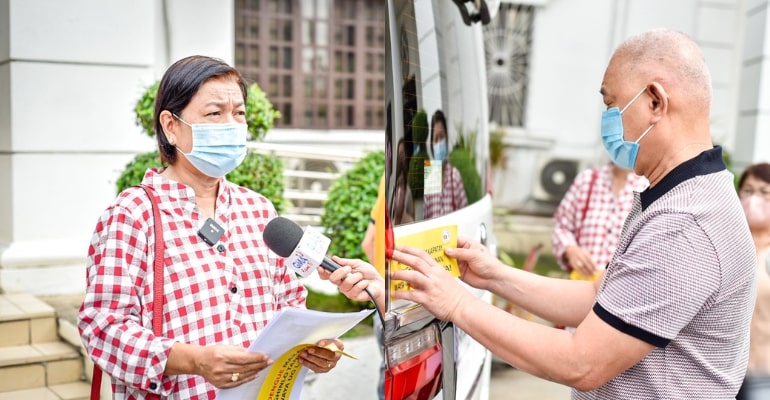 CAGAYAN DE ORO CITY, PHILIPPINES — The CHO (City Health Office) confirmed that from January to July 2022, dengue cases have more than doubled, to 692 cases, compared to last year’s 327 cases in the same period, which is around a 111 percent increase. About 10 individuals died from the disease this year.

During the City Hall’s press briefing, City Health Officer Dr. Rachel Dilla said, “There will be general cleaning activities to be conducted in every barangay. The stickers remind the public that dengue is preventable so long as we remove the breeding ground of dengue-carrying mosquitoes which is stagnant water. So it’s important for us to clean our surroundings and remove any source of stagnant water.”

“Every two to three years, the city’s dengue cases rise. The last increase came in 2020, and we expected that dengue cases would go up as early as last May…so please we’re asking the public to cooperate owing to the presence of dengue-carrying mosquitoes,” she added.

Dr. Dilla advised those infected by dengue to drink plenty of water, about two liters a day, especially those with a fever, to avoid dehydration.

“People, especially children, are advised to wear long sleeves and to use insect repellent lotion to ward off dengue-carrying mosquitoes. Those suffering from fever due to dengue are advised to seek immediate medical consultation,” Dr. Dilla added.

The citizens, especially in areas with a high incidence of dengue, are also advised to support the fogging activities upon the recommendation of health authorities.

The City Hall will provide free fogging to dengue-plagued barangays in CDO.

“The fogging kills the adult mosquitoes but not the eggs so we need to clean our surroundings…we will conduct fogging operations upon the request of barangay officials,” Dr. Dilla remarked. – WhatALife!/Zed