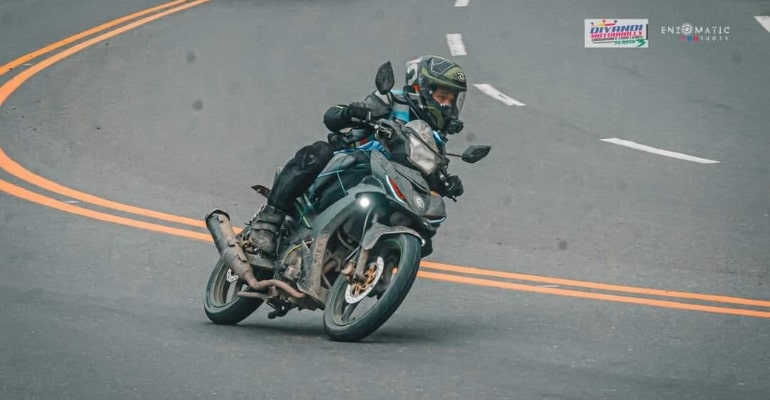 CAGAYAN DE ORO CITY, PHILIPPINES —  On August 15, at around 2 am, rider Jireh Morales Edrote, who drove a 1000cc Kawasaki Versys Green, overshot a curved stretch; he hit an iron post before crashing into a canal by the roadside. The accident occurred at Purok Rizal, Poblacion, Lugait, Misamis Oriental.

In the third season of the Diyandi Motourally Endurance Challenge, which started in Iligan City on Saturday dawn, August 13, the 29-year-old rider’s journey was cut short when he hit an iron post and crashed.

Edrote was brought to the nearby Manticao municipal hospital but was declared dead upon arrival due to severe body injuries. He, unfortunately, left a four-year-old son Quian Renz and his wife, Mequiann.

Edrote’s friend Vince Buot said that Edote was speeding “over 100kph along the dimly-lit portion of Lugait road that was known to be accident-prone because it has a short curve that is very dangerous to notice, especially at dawn.”

“His helmet had no scratch, and (neither) did his face. But the strong impact caused serious damage to his body,” he added.

Diyandi Festival Endurance Challenge, which covered Misamis Oriental, Bukidnon, and Davao regions before returning to Iligan City in Lanao del Norte, is held annually. However, after learning about the incident, several participants quit the race and went back to check on their fallen comrade instead.

In the company of fellow rider Reggie Lobitana, popular ace rider Jireh Morales Edrote had just won the 1st CU Kaliga 1000-Km Team Endurance Ride Challenge this year, as they made a 1-2 finish in the Mindanao race. The race started and ended at Da Grove off Route 955 in Gingoog City, Misamis Oriental. – WhatALife!/Zed