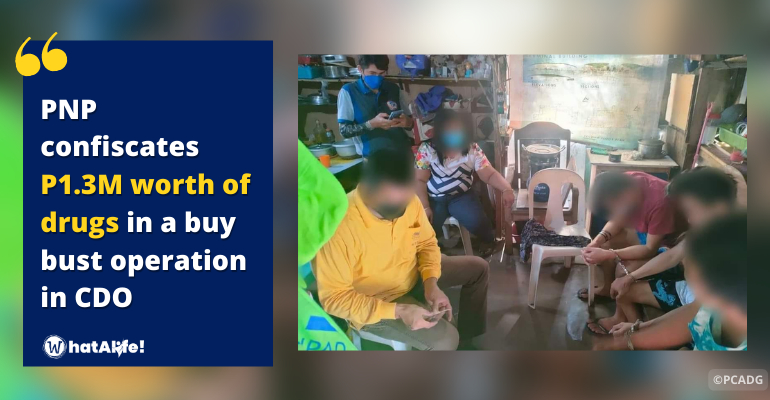 According to PBGen Acorda, the suspects were arrested about 3:50 p.m. in Purok 2, Brgy. Puerto, Cagayan de Oro City by RDEU personnel 10.

12 sachets of suspected shabu weighing around 200 grams and valued at Php1,360,000 were found in the suspects.

The suspects will be charged under Republic Act 9165, or the Comprehensive Dangerous Drugs Act of 2002.

To ensure peace and order in their area, the Cagayan de Oro police will continue their aggressive fight against illegal drugs and crime. – WhatALife!

Also Read: Marcos will not participate in the Comelec debate