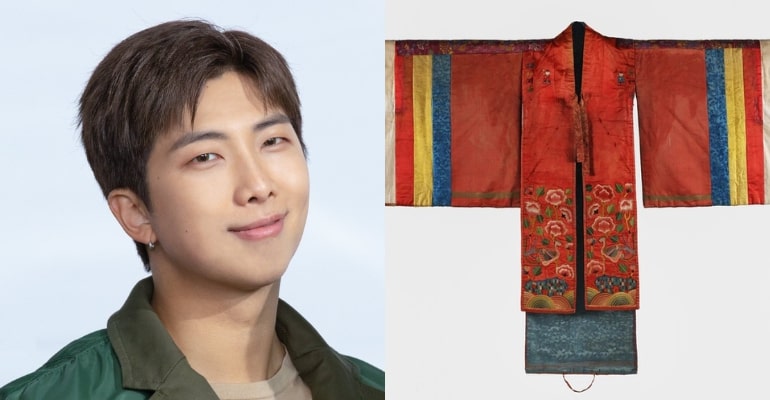 At that time, brides from commoner households began wearing the “hwarot” daily when getting married. As a result, there are about 30 “hwarot” pieces in South Korea and 10 overseas.

This month, the LACMA-owned hwarot will be transferred to Korea with support by RM for its preservation and restoration. The restoration procedure will take about five months, after which it will be displayed in Korea in 2023 and at LACMA in 2024.

A part of RM’s donation will go toward assembling a list of the Catalog of Korean paintings that are scattered throughout significant museums and art galleries.

Kim Namjoon, also known as RM (Rap Monster), is an established South Korean rapper, songwriter, and producer well known for being a part of the hip-hop group “Bangtan Boys” or populary known as BTS. However, his South Korean followers frequently refer to him as “Rapmon” in casual conversation.

Under the name Runch Randa, RM began his musical career as a single underground artist.

In 2010, RM joined Big Hit Entertainment as a trainee. RM, the group’s leader, was the first member to join BTS. –WhatALife!/Brix