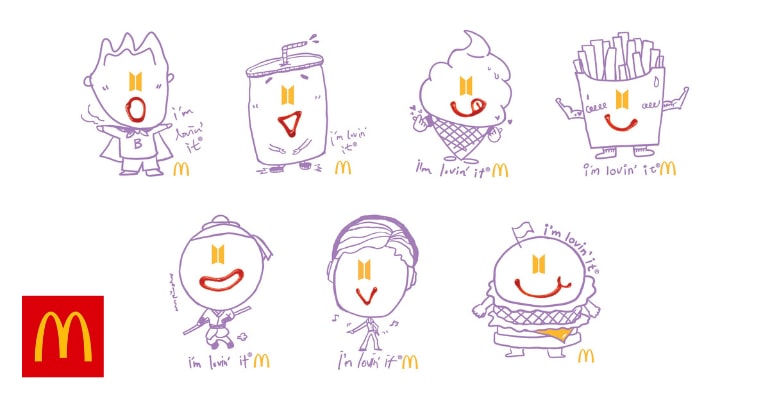 BTS partnered with the famous fast-food company to create the BTS Meal as part of their Famous Orders initiative.

Despite the varied packaging depending on the location, each meal consists of medium fries, Coca-Cola, and Chicken McNuggets with dipping sauces, Cajun and Sweet Chili.

According to Koreaboo, there was intense high demand for the meal in Indonesia, forcing a dozen restaurants to shut down as numerous delivery riders attempted to collect orders.

The group’s fans were collecting the meal’s purple packaging like merch alongside clothing that included T-shirts, sweatshirts, socks, and more from the official BTS x McDonald’s HYBE MERCH.

It also brought back the BTS x McDonald’s merch characters in their following tweet on April 15.

Many are speculating that it is referring to the BTS Meal after a stan account replied to one of their tweets saying, “bts mcdonals merch + bts meal + sweet chili sauce + cajun sauce + bts photocards.” They then responded saying, “my calculator said this equals.”

The meal launched in May 2021, and the group’s comeback is on June 10 this year, which everyone thought was perfect timing.

Additionally, the group shared gratitude for being one of the new artists to be included in the Artist Spotlight series on Apple Fitness+.