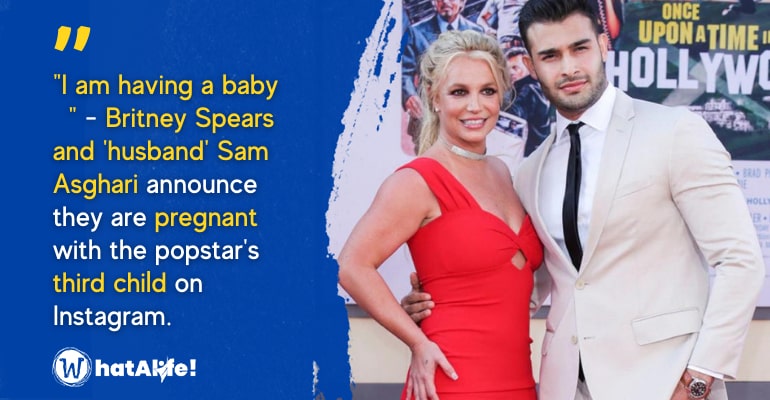 The singer also mentioned the word “husband,” announcing to everyone her marriage with 28-years old fiance, Sam Asghari.

Spears mentions in the caption how she noticed the physical changes, including her weight gain, after being fit during their Maui trip.

She also mentioned in her caption how Asghari said that it was only because of the food she had.

The pop star also stated her experiences and feelings during her previous pregnancy. She expressed in her caption how thankful she is now because pregnant women are free to open up about their struggles and mental health during their pregnancy.

In her post, well-known public figures Paris Hilton and Iggy Azalea commented to express their congratulatory message to her.

“Marriage and kids are a natural part of a strong relationship filled with love and respect. Fatherhood is something I have always looked forward to, and I don’t take lightly. It is the most important job I will ever do,” he captioned.

Spear’s pregnancy is memorable since it is their first baby together.