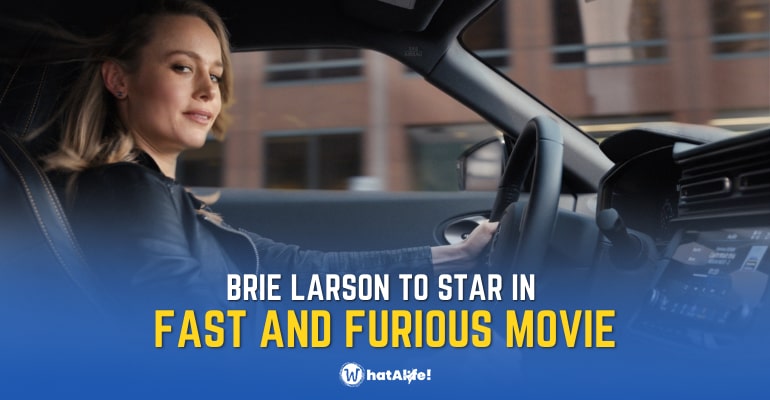 Fast and Furious star Vin Diesel confirmed on Instagram that Brie Larson, who plays Captain Marvel in the Marvel Cinematic Universe, will join the cast of Fast and Furious 10.

“You have no idea how timeless and amazing she will be in our mythology. Beyond her beauty, her intellect… her Oscar, haha is this profound soul who will add something you might not have expected but yearned for. Welcome to the FAMILY Brie,” Diesel said in a post.

Justin Lin will direct the 10th installment, which will be released in US theaters on May 19, 2023.

Diesel will make his return as Dom Toretto, along with Michelle Rodriguez, Tyrese Gibson, Ludacris, Sung Kang, and Charlize Theron, who has played Cypher since “The Fate of the Furious.”

Jason Momoa and Daniela Melchior joined the all-star cast of Fast and Furious 10 early this year, adding to the list of superhero actors who have joined the Fast Family.

Gal Gadot, John Cena, Kurt Russell, Michael Rooker, Idris Elba, and Djimon Hounsou are among the Fast Family members who have played superhero characters in the Marvel and DC franchises.

Dwayne ‘The Rock’ Johnson, Paul Walker, Tyrese Gibson, and Michelle Rodriguez have all appeared in the fast racing car series, which has generated hundreds of millions of dollars at the box office.

The plot for Fast & Furious 10 is currently unknown, although it will be released next year.  – WhatALife!