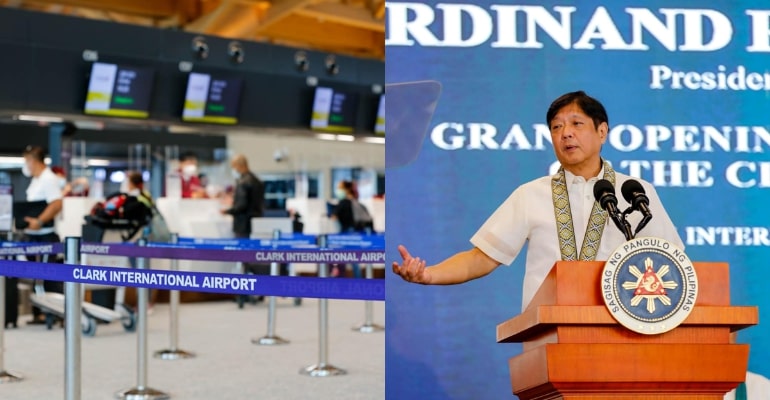 The President relays that the Philippines is “open for business” during his speech at the program attended by Department of Tourism (DOT) Secretary Christina Garcia Frasco, Department of Transportation (DOTr) Secretary Bautista and more.

Marcos announced that the grand opening heralds the readiness of the country as a tourism destination and an opportunity for foreign investment.

“The simple message that underlay in all that we did, is that the Philippines is here, we are a good place to invest. We are probably the most vibrant economy that is in Southeast Asia, and that we understand the needs of our potential investors. We will do everything so that the partnership becomes to the advantage of both the public sector, the private sector, and the people,” he said.

“This facility is essentially a very strong signal that yes, indeed, we are open for business,” the President added.

He also noted how the new CRK Terminal building “connects the region to the world,” thus helping the country’s tourism.

The President also shared the vision of his administration to create and strengthen more regional gateways in the country and not only depend on Manila.

(We need to open the airports at the regional level. Let us not force everyone to only pass through Manila.)

See photos of the new Clark International Airport Terminal below: