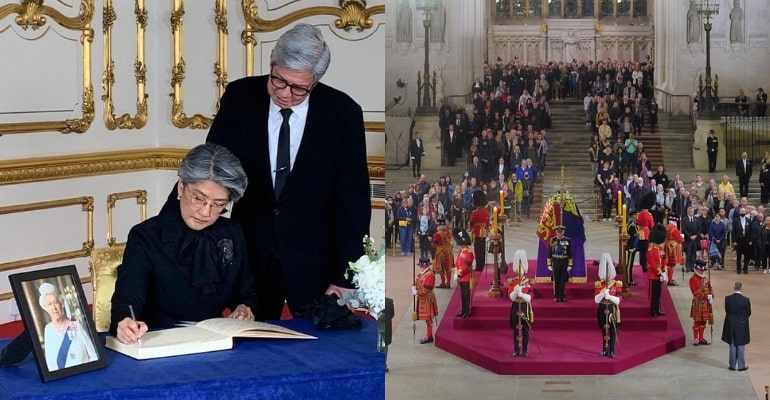 MANILA, PHILIPPINES — Irene Marcos-Araneta is to be the Philippines’ special representative to the late Queen Elizabeth II’s state funeral in London, United Kingdom.

“Mrs. Marcos-Araneta and her spouse will be attending the events for the State Funeral beginning with the Lying-in-State of the Queen taking place today,” Cruz-Angeles said.

President Ferdinand Marcos Jr. is currently in New York to deliver the national statement at the 77th United Nations General Assembly and a working visit to the state. Marcos will return to the country on September 24.

Upon the death of Queen Elizabeth II, Marcos released a statement on his Facebook Page:

“She exemplified to the world a true monarch’s great dignity, commitment to duty, and devotion to all those in her realm,” he wrote.

Marcos then added, “We, together with many Filipinos living and working in England, though not subjects of the Queen, have found ourselves having developed a great sense of affection for her as a Queen, as mother, and as a grandmother.”

He also shared how “the world has lost a true figure of majesty.”

The end of an era

The second Elizabethan age ended on September 8, 2022, upon the death of the longest reigning British monarch at her vacation home, Balmoral Castle, Scotland.

Following the ascension of King Charles III, his eldest son and heir William and his wife Catherine of the Cambridge Dukedome were named Prince and Princess of Wales.

The state funeral for the queen is scheduled on Sunday (Monday 3 pm, PHST).

In a recent announcement by the UK Government, the Lying-in-State period that began September 14 inside Westminster Hall is at final capacity and closed to new entrants. – WhatALife!

Also read: The End of an Era: Queen Elizabeth II dies at 96