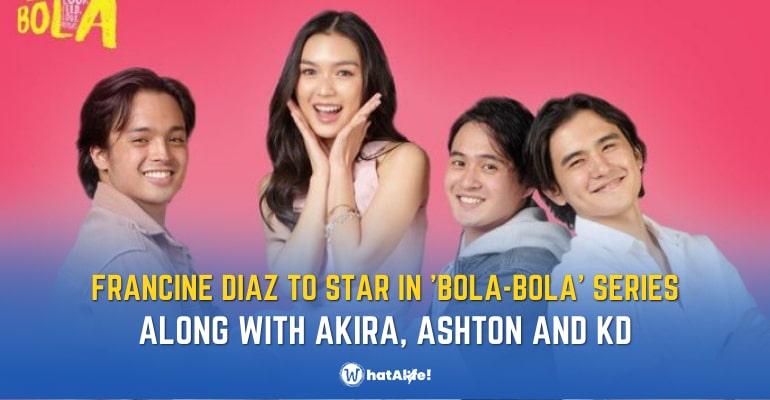 MANILA, PHILIPPINES — ‘Bola Bola’ featuring Francine Diaz and a new series directed by JP Habac, one of the acclaimed filmmakers in the country, launched this week.

‘Bola Bola’ series with tagline ‘Cook, Feed, Love, Repeat’ is an iWantTFC original that will premiere exclusively on the streaming platform of Kapamilya.

The director confirmed with the ABS_CBN news that Bola Bola is a limited series.

The producer Dreamscape Entertainment disclosed the project last Thursday through a photo posted on their official Twitter account, which portrays a virtual story conference gathering with its cast and creative team in the picture.

‘Bola Bola’ plays a significant part in Francine’s career as it is the first lead role of the teen Filipina actress and endorser in a series aside from her famous love team, Kyle Echarri, and team, The Gold Squad.

The rising leading lady, Star Magic Artist and a cover star of Metro, recently had a special celebration on January 27, 2022, as she turned 18.

It is also Albie Casiño’s first role after being one of the housemates in one of the popular television series in the country, ‘Pinoy Big Brother.’

Together with the Filipino actor Casiño, Akira Morishita (a Filipino singer and actor under Star Music and a member of the boy group BGYO) will also be part of the series as he returns to acting after debuting. – WhatALife!