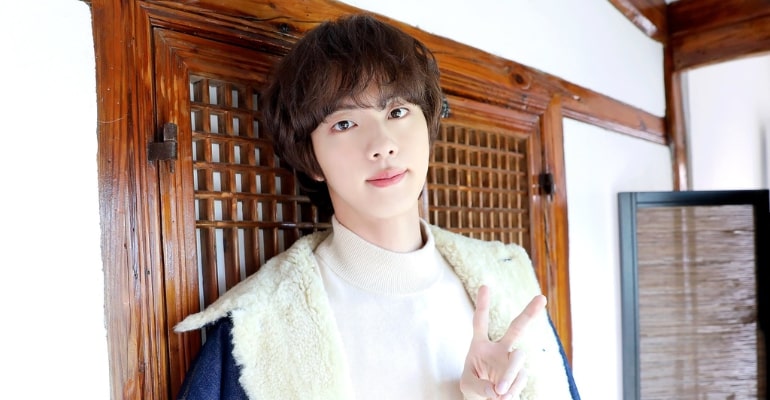 Read the full statement translated by soompi.com below:

This is BIGHIT MUSIC.

We want to thank you for your continued support of BTS and would like to update you on Jin’s upcoming enlistment into the military.

Jin will fulfil his required time with the military by enlisting in the army. Please note that we will not be holding any kind of official event on the day of his recruitment.

The entrance ceremony is a time to be observed by military personnel and their families only. In order to prevent any issues that might occur from crowding, we ask fans to please refrain from visiting the site. Instead, we ask you to keep your heartwarming words of support and farewell in your hearts.

We also advise you not to get adversely affected by purchasing unauthorized tours or product packages illegally using artist IP. Our company will take necessary action against any attempts at commercial activity making unauthorized use of such IP.

We ask for your continued love and support for Jin until he finishes his military service and comes back. Our company will also strive to provide every support he needs during this time.

After their performance in Busan, BTS’s management announced the beginning of each member’s military enlistment.

Jin, the oldest member of the K-pop group, is the first to begin his service, set on December 13, 2022, a few days after his birthday.

Military service is required for all able-bodied men under the age of 30. The enlistment of BTS members was delayed due to their various performances as international stars, bringing multi-million dollars to the South Korean economy.

A few politicians suggested the exemption of BTS members for military service, the same with Olympic medalists and classical musicians. However, the K-pop superstars and their management decided to follow the long-standing mandate.

Each will serve in the military and pursue solo careers until their reunion in 2025. – WhatALife!