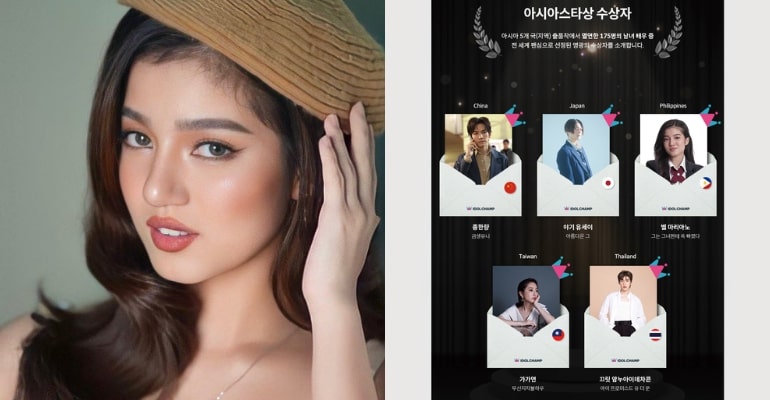 The rising star Mariano raised the Philippine flag with other actors from five Asian countries. She bested 175 other actors, and made history as the first Filipina to win at SDA.

Last August 31, Belle Mariano topped the online voting for SDA 2022 Outstanding Asian Star (Philippines), garnering 62.34 percent of the votes, followed by her reel partner Donny Pangilinan with 27.16 percent of the votes for the ‘He’s Into Her’ series. Maris Racal followed with4.79 percent for Remembering: Finding Papa, and Jodi Sta. Maria, 2.69 percent, and Zanjoe Marudo, 2.61 percent for the ‘Broken Marriage Vow.’

Check out the complete winners of SDA 2022 awards below:

You may also see official list of winners here:

On September 22, 5:00 PM, SDA 2022 Outstanding Asian actors will be available at the awards night, broadcast live on KBS 2TV and the SDA’s official YouTube channel. –WhatALife!/Brix