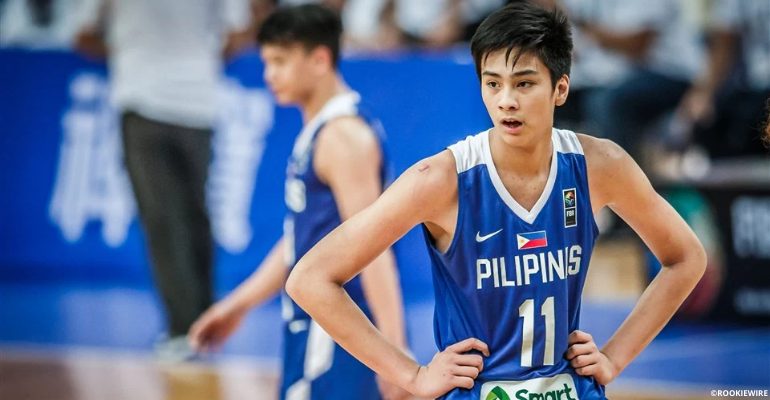 Basketball rising star Kai Sotto arrived in the country on Tuesday night, February 2, to join Gilas Pilipinas Men in training for the third window of the FIBA Asia Cup Qualifiers in Qatar next month.

Along with his father, former PBA player Ervin Sotto, the 18-year-old athlete arrived at the Ninoy Aquino International Airpot at 10 PM and immediately began his five-day quarantine period before joining the Gilas for their training at the Inspire Sports Academy in Laguna.

His return marks the first time Sotto has been home since he flew to the United States to train in the hopes of becoming the very first full-blooded Filipino to make it to the NBA.

Samahang Basketbol ng Pilipinas (SBP) president Al Panlilio said while Sotto indeed has a promising future in basketball, he recognizes that the latter is still 18-years-old.

“He’ll be a great addition. He’s improved a lot for sure. But he’s only 18 years old. We can’t put too much pressure on him,” Panlilio said during his appearance on the Philippine Sportswriters Association (PSA) Forum.

“He’s the future of Philippine basketball, for sure, but he’s also developing as a player as a person,” he added.

Gilas has three upcoming games in the qualifiers, two of which will be against longtime rivals South Korea. The other game will be against Indonesia. The Gilas need only one more win to book their place in the FIBA Asia Cup tournament this August in Jakarta, Indonesia.