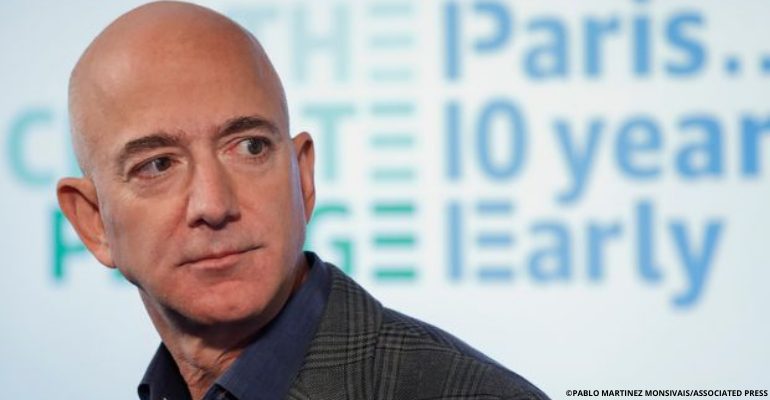 Amazon founder Jeff Bezos announced Tuesday that he would step down from his role as the chief executive of the company later this year.

In a CNN report, Bezos will be replaced by Andy Jassy, who currently heads its cloud business, Amazon Web Services.

The news came as Amazon reported a blowout holiday quarter with profits more than doubling to $7.2 billion and revenue jumping 44 percent to $125.6 billion — as pandemic lockdowns caused online sales to explode worldwide.

In a letter to Amazon employees, Bezos said he would “stay engaged in important Amazon initiatives” but would pivot towards philanthropic initiatives, including his Day One Fund and Bezos Earth Fund, and other business ventures in space exploration and journalism.

“I’ve never had more energy, and this isn’t about retiring,” Bezos wrote. “I’m super passionate about the impact I think these organizations can have.”

Bezos, 57, built Amazon from a startup in 1995 into one of the world’s most valuable firms today, dominating online retail, with operations in streaming music and television, groceries, cloud computing, robotics, artificial intelligence, and more.

The success of Amazon also made Bezos one of the world’s wealthiest men.

Meanwhile, his successor Jassy joined Amazon as a marketing manager in 1997. In 2003, he founded AWS, the cloud service division, which has been one of the most profitable but least-known units of the tech giant.

“Andy is well known inside the company and has been at Amazon almost as long as I have,” Bezos said in a statement. “He will be an outstanding leader, and he has my full confidence.”

“Right now I see Amazon at its most inventive ever, making it an optimal time for this transition,” Bezos said.