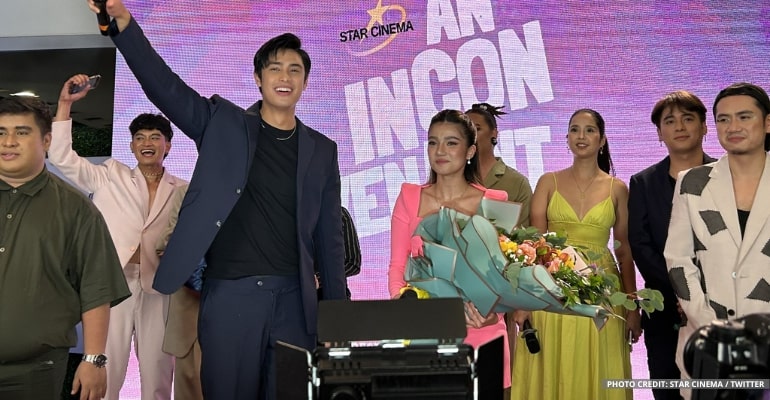 MANILA, PHILIPPINES — “An Inconvenient Love” is finally in cinemas nationwide today, November 23, 2022. The film marks the return of Star Cinema to theaters after two years following the first pandemic lockdown.

Yesterday, November 22, 2022, the cast of “An Inconvenient Love” was accompanied by ABS-CBN executives as they celebrated the premiere of the film at SM Megamall.

Meanwhile, Moira dela Torre, Zack Tabudlo, and other artists that consist of the film’s soundtrack likewise made an appearance.

The pair’s family members and their former cast mates from “He’s Into Her” were also in attendance.

Fans flocked to the Mandaluyong mall for the red carpet and premiere. The theater is one of the 160 screening venues for the film nationwide.

Fans abroad have the chance to watch “An Inconvenient Love.” See the schedule for international screening:

Ayef dreams of being an animator in Singapore and avoids any inconvenience to her plans. That is until she meets Manny, who agrees to a contractual, convenient relationship that will last until Ayef leaves for Singapore.

The film is directed by Petersen Vargas.

Check out the film’s official trailer below: