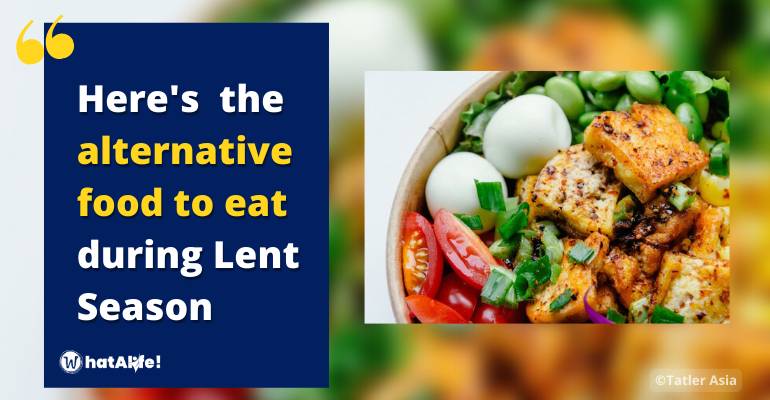 During lent season, Roman Catholics have their traditional way for limiting the food they eat. You are probably aware that the rules for meals change during Lent.

Lent is the 40 days following Ash Wednesday, and it’s a time for fasting, prayer, and reflection. The 40-day period is used to prepare for Easter and reflects Jesus’ time in the desert, praying and fighting Satan’s temptation. Modern Catholics mark the season by giving up something for 40 days, praying, attending mass, and following food restrictions.

What are the alternative foods to eat during Lent Season?

Catholics have long practiced abstaining from meat during Lent. Eating the flesh of animals and birds was associated with feasts in the early days of the church. Because the season of Lent encourages penance and self-denial, Catholics over the age of 14 are prohibited from eating meat or meals made with meat.

On Ash Wednesday, Good Friday and all Fridays, lamb, chicken, beef, pork, ham, deer, and most other meats are prohibited during these days. Eggs, milk, fish, cereals, and fruits and vegetables, on the other hand, are all permitted.

So here, we’ve compiled some of the famous Filipino foods that have a list of fish-based, vegetarian, or vegan recipes that are acceptable alternative food for the lent season.

Bitterness and a generally unpleasant flavor are described as “ampalaya,” Ginisang Amapalaya is a dish composed of sauteed bitter melon, tomato, onions, and beaten eggs. This recipe might not be good but it’s probably nutritious.

Ginataang tilapia is a fish dish made with spinach and cooked in coconut milk. The term “ginataan” (sometimes written “guinataan”) refers to a Filipino cooking technique that uses coconut meat or milk. It literally means “cook with coconut milk.”

Filipinos consider Sinigang na Hipon, or Shrimp in Sour Soup, to be a comfort dish. It has a lot of taste and is quite simple to make. Sinigang na Hipon is a sour soup from the Philippines that features shrimp as the main ingredient. Daikon radish, snake beans, okra, and eggplant are among the vegetables used in this dish.

The Filipino variant of sauerkraut is atcharang papaya. It’s both sweet and sour, despite the fact that it’s made from green (unripe) papaya.

Fresh spring rolls, or Lumpiang Sariwa, are an excellent food. Although the original recipe is made in pork, you may prepare a holy week-friendly variation by omitting pork or any other meat item.

Tortang Talong is an eggplant omelet. Who would’ve thought that a few beaten eggs, eggplant, and the correct seasonings could result in the ever-useful and delicious Tortang Talong?

Ginisang Togue, or Sauteed Mung Bean Sprouts with Tofu and Vegetables, is a good lent dish to try. It’s both healthy and tasty.

Inihaw na Pusit is a quick and easy recipe that tastes great. It tastes best when served with a spicy vinegar dip. – WhatALife!

Also Read: What is Ash Wednesday in 2022, its history, and how it’s honored in Christianity?