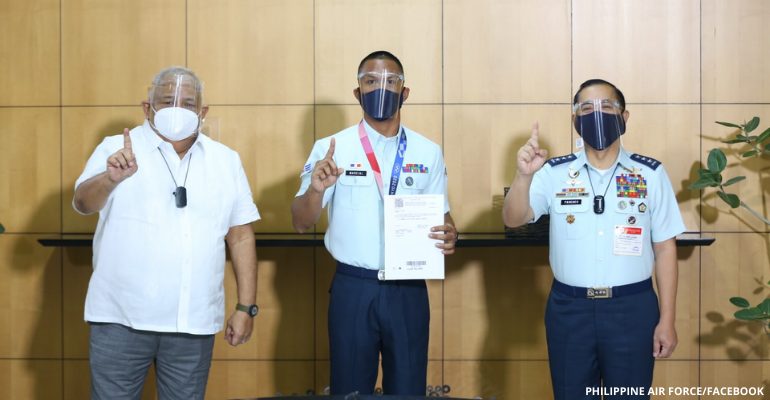 The Philippine Air Force (PAF) promoted boxer Eumir Marcial to sergeant for winning the Olympic bronze at the Tokyo Olympics.

Originating from Zamboanga, Marcia joined the PAF in 2013 and is organic personnel of its Civil-Military Operations Group.

Marcial’s Olympic journey came to a halt after losing via split decision against Ukraine’s Oleksandr Khyzhniak at the semi-final round of the men’s middleweight event at the Kokugikan Arena in Tokyo.

In 2019, Marcial brought home the silver medal in the men’s middleweight (75-kg.) category at the AIBA World Boxing Championships in Ekaterinburg, Russia.