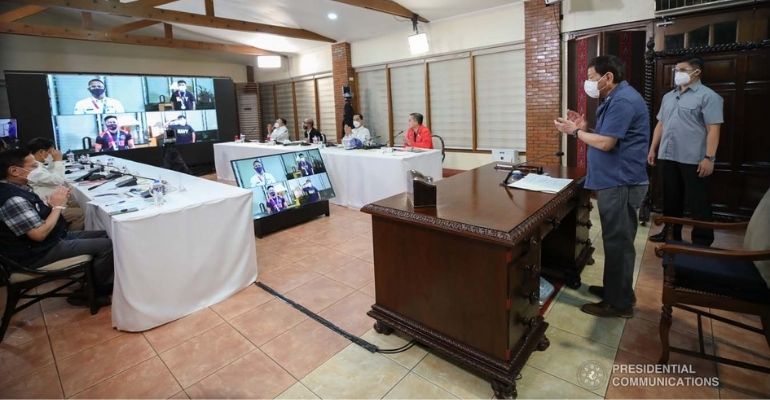 President Rodrigo Duterte lauded the members of the Philippine boxing team for their successful campaign in the 2020 Tokyo Olympic Games on Monday, August 9.

The boxers also received additional cash incentives from Duterte on top of the bonuses they will receive from the government.

“It is not an everyday occurrence that we receive such an honor from our citizens of the Republic of the Philippines,” Duterte said during the virtual courtesy call of the Filipino boxers on the chief executive following their arrival from Japan.

“You went to Tokyo to fight, and I, well, say that you did your best, and the Filipino people appreciates it, especially bringing honor to the country. You all won in that.”

Paalam and Petecio both finished with silver medals at the men’s flyweight and women’s featherweight divisions, respectively, while Marcial secured the bronze medal in the men’s middleweight division.

Moreover, Filipino athletes who participated in the Tokyo Olympics will receive P200,000 each from the Office of the President.

The medalists will also be conferred the Order of Lapu-Lapu and all those who competed in the Games will be given Presidential citations, according to the President.

“That is [an] honor given by the Republic of the Philippines to those who have excelled in something and brought honor to the country,” the President said of the Order of Lapu-Lapu to be conferred on the successful athletes.

The 2020 Tokyo Olympics is so far the most successful campaign for the Philippines, garnering the most number of medals since participating in the Games.

Aside from the medals brought by the Filipino boxers, Hidilyn Diaz produced the country’s first-ever gold in the women’s 55-kilogram weightlifting category.

Watch the courtesy call of Filipino Olympians below.