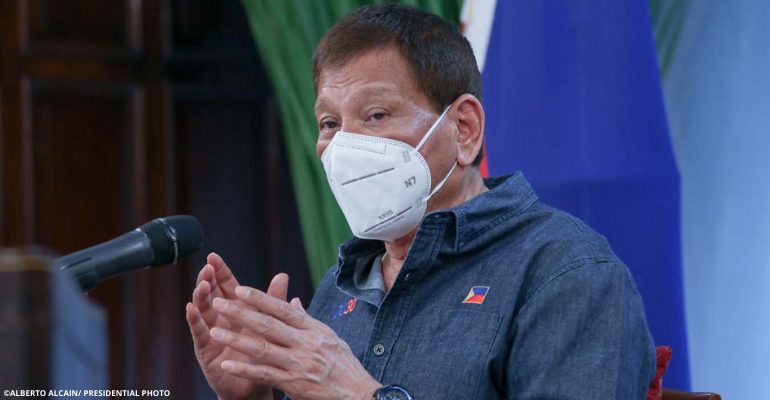 President Duterte to eighty-ninesuspected barangay captains for irregularities in the implementation of SAP: “I warned you, pag-umpisa pa lang sinabi ko, do not f*** with this…”

Eighty-nine barangay captains will be preventively suspended for six months while they are being investigated for their involvement in irregularities in the implementation of social amelioration program (SAP), President Rodrigo Roa Duterte said on Monday, January 18.

The barangays officials may face malversation charges, which is very a serious offense, he said. The President asked the Ombudsman Office to dismiss the elected officials from service if they are found guilty of corruption.

The Department of the Interior and Local Government (DILG) conducted probes of local officials involved in anomalies in the SAP implementation, which gives cash subsidy to qualified beneficiaries to help them cope with the effects of the COVID-19 pandemic.

The government extended cash aid to the country’s 18 million poorest families affected by the COVID-19 pandemic and community quarantines under the Bayanihan to Heal As One Act.

The Department of Social Welfare and Development (DSWD) released the SAP’s first tranche from April to June with each family receiving at least P5,000 up to P8,000.