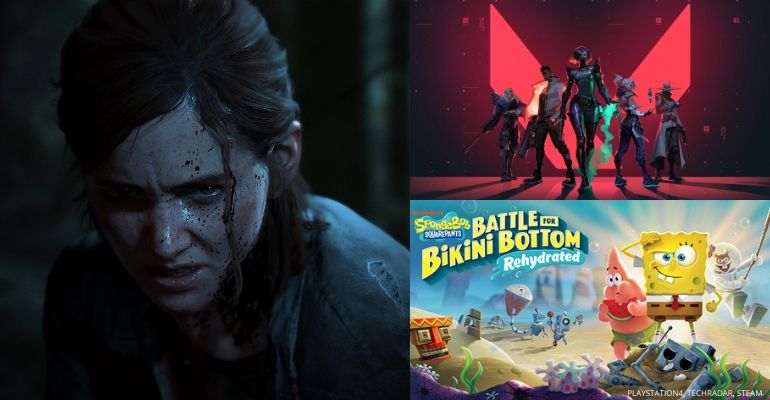 Video game drought is over!

Here’s a quick rundown of five most-anticipated video games this June 2020. Check them out below!

Releasing for PC on June 2

Valorant is when skill-based combat Counter–Strike meets hero-specific abilities Overwatch—gamers are grace with an intense 5v5 battle set in the near-future environment developed by Riot Games.

Choose between the attacking or the defending team, and equip yourself with unique abilities and powerful weapons. A collection of weapons are available, varying from sidearms, submachine guns, shotguns, machine guns, assault rifles, and sniper rifles, to name a few.

Releasing for Nintendo Switch on June 5

Favorably reviewed by critics, The Outer Worlds will release this month its Nintendo Switch version. The action role-playing game developed by Obsidian Entertainment and published by Private Division was initially released in October 2019 for PlayStation 4, Xbox One, and Microsoft Windows.

It features a first-person perspective, set in an alternative future that diverged in 1901. Players can customize their characters and unlock a ship, which serves as the game’s central space.

Releasing for PC, PlayStation 4 and Xbox One on June 16

Disintegration is a unique first-person shooter game that features elements from the real-time strategy genre.

The game takes place 150 years into the future following a complete collapse of society due to climate change, where players control over Romer Shoal, a Gravcycle pilot.

Developed by V1 Interactive and published by Private Division, the game is set to be released this month for Microsoft Windows, PlayStation 4, and Xbox One.

THE LAST OF US II

Releasing for PlayStation 4 on June 19

Probably one of the most hyped game releases in 2020—The Last of Us Part II follows a grown-up Ellie in a violent quest for revenge. Players will go along as Ellie haunts one by one, those perpetrators that have disrupter her peaceful life in Jackson, Wyoming.

The game is the second installment and sequel of 2013 The Last of Us, developed by Naughty Dog and published by Sony Computer Entertainment.

Releasing for PC, PlayStation 4, Xbox One and Nintendo Switch on June 23

The cult classic is back, faithfully remade in spongetastic splendor!

The game is a remake of the console versions of Heavy Iron Studios’ SpongeBob SquarePants: Battle for Bikini Bottom, featuring a new set of unique skills for characters Spongebob, Patrick, and Sandy; Thwart Plankton now also have an army of wacky robots, ‘s evil plan to rule Bikini Bottom with his army of wacky robots; as well as the remake of one of the best Spongebob game ever made.

Developed by Purple Lamp Studios and to be published by THQ Nordic, the game is set to be release this month for Microsoft Windows, Nintendo Switch, PlayStation 4, and Xbox One.

Other video games to be released this June 2020