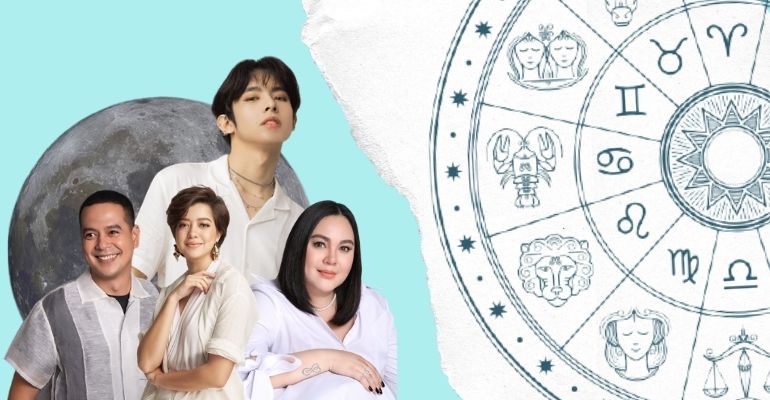 The season for our loyal, loving Cancer friends officially began last June 21. So, get ready to soak in the self-care slash maternal energies until July 22!

Cancer is the fourth astrological sign in the Zodiac circle represented by the crab. Ruled by the moon, this oceanic crustacean effortlessly weaves between the sea and shore, representing Cancer natives’ ability to exist in both emotional and material realms. Like their celestial spirit animal, Cancer is protected by hard, external shells translating to their extremely self-preservative nature. Typically, crabs are known for their cold, distant behaviour. However, with time, Cancer-born reveals their gentle nature, genuine compassion, and mystical capabilities (Allure, 2021).

Alongside Scorpio and Pisces, Cancer is a cardinal water sign that tends to blur the lines between attentive nurturing and controlling behaviour when they invest too much emotion in someone. On the other hand, they gain friends and attract potential lovers through loyalty, commitment, and emotional understanding.

So if you’re looking for loyal companions that will always have your back, look for a Cancer!

Here are some quick facts about our loving Cancer friends:

Check our below some of the known Philippine celebrities born under the Sun sigh Cancer.

Justin is the sub-vocalist, visual, and the bunso (youngest) member of the Pinoy-pop group sensation SB19. Aside from singing and dancing, the Malabon-native singer is also a talented animator who earned a degree in Multimedia Arts in De La Salle-College of Saint Benilde in 2018. Despite juggling between his studies and training, Justin still managed to complete his degree with flying colors.

Sue is a Filipino-American model-actress best known for her supporting role in the 2011 hit-series remake Mula Sa Puso with Lauren Young, JM De Guzman, and Enrique Gil. Her acting career blossomed throughout the years, landing her roles after roles, and eventually winning numerous awards, including the 6th TV Craze Awards for Most Promising Actress of the Year and the 7th Urduja Heritage Film Awards for Best Actress in Comedy or Musical, to name a few. She was also ranked 62nd in the 100 Sexiest in the World in the FHM Philippines 2017.

A textbook cancer, Andi obviously loves her family life, away from the peering eyes of the public. Though she remains active on social media, the soon-to-be 31-year-old mom traded her fast-paced, extravagant lifestyle of showbiz for a homey, island life in Siargao.

The loyal and loving boyfriend of Kim Chui, Xian, has become one of the actress’ strong pillars for almost a decade now. His consistency and patience won him the heart of the actress even after years of courtship. Xian is also a well-known actor in the country, receiving numerous awards from different award-giving bodies.

Crowned Miss Universe Philippines 2010, the Indian-Filipina beauty queen rose to fame internationally after representing the country in the 59th Miss Universe. Though she ended up fourth, Venus became a household name after her fumbling “Major, Major” answer went viral.

Another textbook mom Cancer on the list, Iya indeed enjoys her life as a wife and mother. The Filipino-Australian host and actress rose to fame after appearing as a VJ in the ABS-CBN music channel MYX.

Model-actress Solenn Heusaff unquestionably loves being a mother to Thylane, her firstborn with husband Argentine Businessman Nico Bolzico. Her Cancer energy radiates through her artistic hobbies and loyalty and support to her peers.

Alessandra’s maternal instincts definitely shine as she does her #TitaDuties with her niece, Fiore (her sister Assunta de Rossi’s miracle baby). She is best known for her various appearance in numerous indie films besides her mainstream acting career. Alessandra received awards for her raw talent in acting, including the 49th FAMAS Awards for Best Supporting Actress for her role in Azucena(2001).

John Lloyd recently made his television comeback following his transfer to GMA Network. One of the most famous celebrities in the country, the soon-to-be 38-year-old actor, went on an indefinite hiatus in 2017 after a controversial relationship with model and actress Ellen Adarna. Prior to that, John Lloyd starred in numerous Box-Office successful movies and high-rating tv series. His skill as an actor didn’t go unnoticed, receiving several accolades throughout his career.

Coming from the prominent slash drama-serving family of Barettos, Claudine gained her star status in the Philippine showbiz industry after landing her major role in the 90s youth-oriented show Ang TV. During the peak of her career, Claudine juggled projects between television shows and the big screens. With this, she received numerous recognitions and awards.

At present, the soon-to-be turning 42 actress focuses most of her energy on being a mom to her three children, at the same time, occasionally appearing on television shows and interviews.

Born Maria Carmela Brosas, K Brosas is a witty comedian with a fantastic singing voice. She appeared in numerous tv shows and movies and has been recognized for her lively hosting in variety shows.

The only daughter of famous actor Eddie Gutierrez and talent manager Annabelle Rama, Ruffa also made a name for herself in the showbiz industry. She is a former beauty queen and actress—who currently balances her life as a single mom and a Philippine Women’s University (PWU) student. Last May, the actress announced that she enrolled at PWU to earn a bachelor’s degree in Communication Arts “after 34 years of working in the entertainment industry.”

Jonathan Aguilar Garcia, popularly known as Chokoleit, is one of the best comedians in the country. He rose to fame after appearing in the 2004 hit series Marina, portraying the hilarious Pearly Shell. He starred in numerous TV series, movies, and live shows before he unexpectedly passed away in 2019.

Born Maria Margarita Amada Isidro, Agot began her showbiz career as a backup singer with her sisters back in the 80s. She then started her acting career a little later, earning the “Crush Ng Bayan” and the “Julia Roberts of the Philippines” monikers. While her best-known role was an iconic villain, Agot’s cancer vibe definitely shines every time she takes on motherly roles.

Lately, the actress is under the microscope of netizens due to her expressive, strong opinions online.

Widely known for his phenomenal portrayal of Antonio Luna (a notorious Scorpio, btw) in the historical drama film Heneral Luna, John gained the support of both the local and international audiences. He pours out passion and dedication into every role he lands—may it be a loving father, a vengeful villain, or a lunatic general.

Who did we miss? Let us know in the comments below!