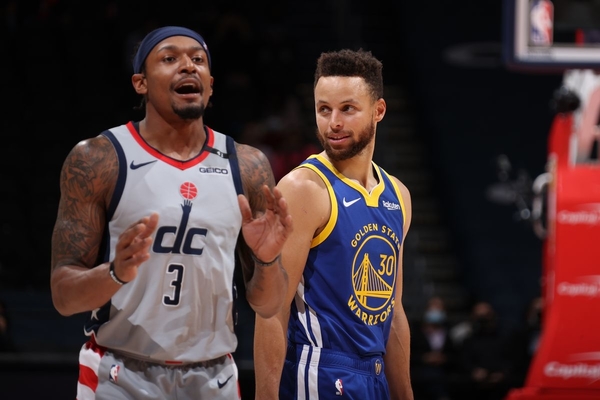 Wizards vs Warriors go head to head in today’s game at the Capital One Arena at 7:00 PM ET. The Washington Wizards are playing their best basketball season by winning five straight games. They also won their first matchup against the Warriors. On the other hand, the Golden State Warriors are playing great as well, with 29-29 for this season and a 5-1 record in the last six games.

Wizards vs Warriors: The Stats

This 2020-2021 season, the Washington Wizards have an average of 118.08 points per matchup. On Monday, they won against Oklahoma City Thunder with points to spare 119-07. Bradley Beal, the Wizard’s shooting guard, played a huge role, scoring 30 points for the team.

On the one hand, for the Golden State Warriors, on Monday, they tied with 55-55 at the half of the game with the Philadelphia 76ers. But, in the second half, they won with 107-96. Point guard Stephen Curry scored 49 points and five assists. This makes it his back-to-back games in which he scored 41% of the team’s points.

The Wizards stood at 24-33 while the Warriors stood at 29-29 before the start of today’s game.

A Devastating Loss for the Warriors

In the Wizards vs Warriors game, Washington takes the lead with 38-20. But, Golden State player Oubre pulls the team into a 44-44 tie with 5:38 left in the second quarter. He scores 18 of his team-high 24 points. The Golden State Warriors continue to turn the tide in their favor and leads with 35-26 in the next quarter. However, the Wizards push through in the fourth quarter and win 32-21. Thus, concluding the Wizards vs Warriors head to head with 118-114.

The Wizards are now playing against Oklahoma City Thunder this 24 April 2021 at 8:00 PM ET.