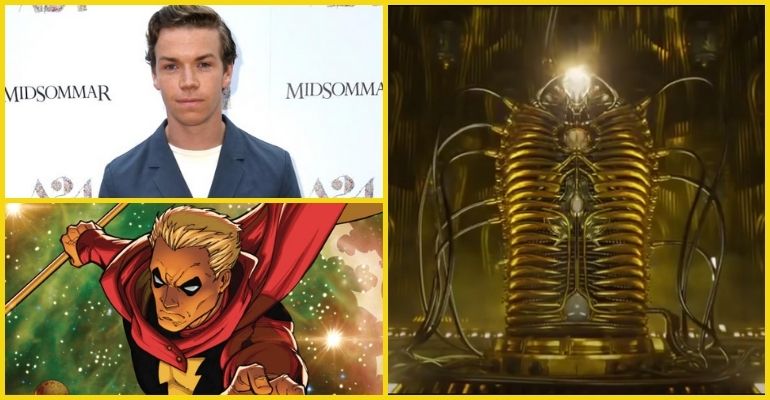 Will Poulter is the Marvel Cinematic Universe new Adam Warlock!

Guardians of the Galaxy revealed actor Will Poulter as the latest super-being for its upcoming third franchise movie on Monday, October 10.

The 28-year-old English actor has bagged a role with one of the most coveted movie franchises ever.

His character was teased briefly in the 2017 sequel of the Guardians of the Galaxy film.

In one Guardians of the Galaxy Vol. 2 end credits scene, we see the villainous golden alien lady Ayesha of the similarly gold-coloured Sovereign. By the end of the movie, her defeat against the Guardians has humiliated her. So at the start of the scene, one of her golden handmaids comes up to ask her a question. Then, Ayesha redirects the handmaid’s gaze to a sarcophagus-like birthing pod.

Ayesha revealed that the pod contains a being that’s the “next step in [the Sovereign’s evolution]” and that the being is stronger and “more beautiful.” After expressing how the being can destroy the Guardians, Ayesha caps off the scene by ominously saying, “I think I shall call him… Adam.”

Yeesh, considering how the leader of the sovereign’s practically Adam Warlock’s mother, there’s a good chance that Poulter’s character will have an antagonistic role to play.

However, Adam Warlock isn’t always a villain. Sometimes he’s a hero. In 1967, he left his evil creators, the Enclave, before he got his name. Then Adam tried to abduct Lady Sif of Asgard. Thor then beat up Adam.

In the 54 years of his character’s existence, he has ties to Thanos and the Infinity Gauntlet, particularly the Soul Gem. Adam Warlock is an associate of the Guardians of the Galaxy! Adam was there when the comics team was first assembled!

As for Poulter, some may remember him from his role as Eustace Scrubb from 2010s The Chronicles of Narnia Sequel: The Voyage of the Dawn Treader. However, you probably know Poulter as Gally from The Maze Runner film adaptation and its sequel, The Death Cure.

He also had roles in Glassland, an Irish independent film, Black Mirror: Bandersnatch, an interactive film on Netflix, and The Revenant. Poulter was also in the 2019 horror film Midsommar. Additionally, Poulter participated in the videogame The Dark Pictures Anthology: Little Hope.

Poulter is also part of meme culture. He kicked off the “You guys are getting paid?” meme, where he speaks the famous line. It was one of his more notable contributions to the internet.

COMIC BOOK MOVIE, GUARDIANS OF THE GALAXY 3, MARVEL, WILL POULTER