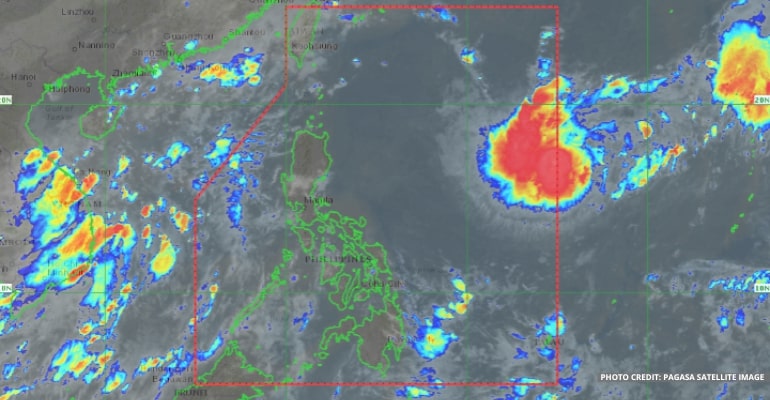 WEATHER UPDATE — According to the Philippine Atmospheric, Geophysical, and Astronomical Services Administration (Pagasa), the Tropical Depression (TD) currently being monitored outside the area of responsibility might enter PAR tonight or tomorrow morning, where it will be named “INDAY.”

Pagasa said the Tropical Depression is now located 1,525 km East of Extreme Northern Luzon (18.2°N, 136.3°E) with maximum sustained winds of 55 km per hour near the center and gustiness of up to 70 km per hour. It is moving West Southwestward at 20 km/h. At the moment, the TD has no direct effect on any part of the country.

(The effects of the Southwest Monsoon or Habagat have weakened, and the Inter Tropical Convergence Zone or ITCZ is the one affecting parts of Palawan and Mindanao.)

If the TD is finally inside the area of responsibility it will have a change in movement, where generally it will move Northwestward, possibly starting tomorrow.

The TD is forecasted to intensify into a Tropical Storm within 36 hours, but based on the current forecast scenario, it is unlikely to bring weather disturbances directly into the country. It also will not make landfall in any part of the landmass, with the exception of the possibility that it will cause moderate to rough seas over the seaboards of Extreme Northern Luzon.

For today’s weather forecast, Palawan, Western Visayas, Zamboanga Peninsula, Basilan, Sulu and Tawi-Tawi will have cloudy skies with scattered rain showers or thunderstorms, with the possibility of flash floods or landslides due to moderate to at times heavy rains.