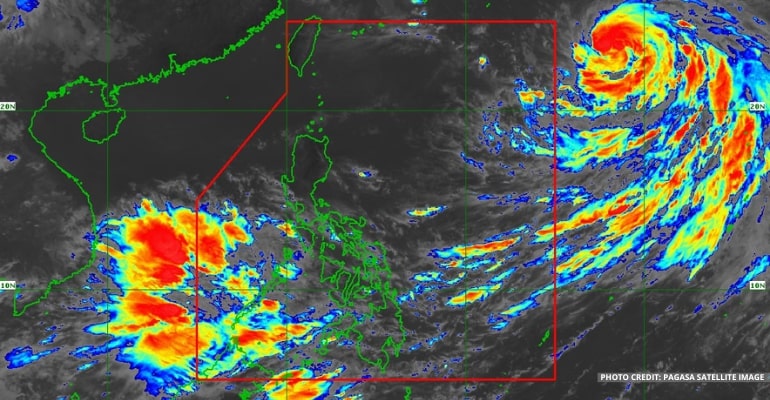 WEATHER UPDATE — According to the Philippine Atmospheric, Geophysical, and Astronomical Services Administration (Pagasa), the Tropical Storm with the international name NANMADOL may enter PAR (Philippine area of responsibility) tomorrow morning. It will be the tenth storm this 2022 and the second for the month of September.

When inside the PAR, it will go through the northern part of the Philippine sea, where it will stay inside for less than 24 hours, and by the weekend, the storm will have exited the PAR. However, the storm is also intensifying very quickly; by this day, it may grow into a Severe Tropical Storm, and by the time it enters the PAR, it has a chance of becoming a Typhoon.

Tropical Storm NANMADOL is now located 1,850 km East of Extreme Northern Luzon (23.1°N, 139.6°E) with maximum sustained winds of 95 km per hour near the center and gustiness of up to 115 km per hour. It is moving Northwestward at 15 km per hour.

The Southwest Monsoon affects a large portion of Southern Luzon, Visayas, and the western section of Mindanao.

For today’s weather forecast, Zambales, Bataan, Occidental Mindoro, Palawan, Aklan, Antique, Negros Occidental, Zamboanga Peninsula, Basilan, Sulu, and Tawi-Tawi will have cloudy skies with scattered rain showers and thunderstorms, with the possibility of flash floods or landslides due to moderate to at times heavy rains.