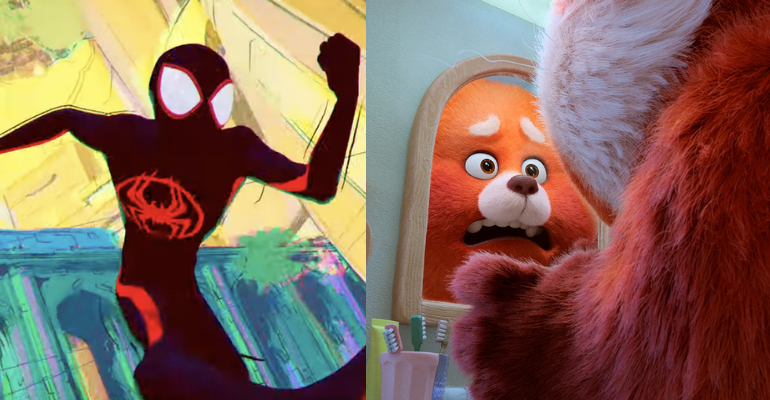 Well, it seems like another year under Miss Rona’s thumb! Movie theaters had to close up for a while, but lately, people have been getting their vaccinations! As a result, select theaters have opened back up for our viewing pleasure. The latest releases are back on the menu once again!

Here are a few of the most anticipated movies coming your way in 2022!

Love Jennifer Lopez? Love rom coms? What about the fake dating trope? Marry Me ticks all your boxes. As a pop star reels from a fiance’s betrayal — revealed onstage, no less! — she picks another man to marry. Marry Me, which will be released in time for Valentine’s Day, will feature new songs from Lopez.

Death on the Nile

The title doesn’t get any more obvious! When a death on Egypt’s Nile River occurs, who else can crack the case but Hercule Poirot? If it’s not already clear, this highly-anticipated 2022 movie is an adaptation of the Agatha Christie story. In much the same way as Train to Busan was a (mostly) train-bound narrative, Death on the Nile takes place mainly on a steamboat.

The Rock takes on a supervillain mantle with Black Adam! Originally a Shazam villain, this bad guy has come to wreak havoc. And, of course, every villain needs a hero to do battle! Well, Black Adam’s a real piece of work, so a superhero team called the Justice Society of America has to band together to save the day!

Turning Red centers on a math-smart girl by the name of Mei Lee. The problem is, she suddenly turns into a giant red panda when her emotions get out of hand. Intriguingly, it’s the side effect of a curse! Side note: red pandas do not get as big as Mei. But regardless, you want to give this big panda girl a hug considering the wacky hijinks she goes through from the trailer beats alone! Plus, this highly-anticipated 2022 film has an art style in the vein of Pixar’s recent film Luca.

It seems Batman will go the way of Marvel’s Spider-Man, considering the many film iterations over the years. However, with this 2022 anticipated film, we’ll be treated to a Batman film that focuses on the detective aspect of crime-fighting.

Here’s another Thor sequel! After the cataclysmic battle that decided the fate of Earth in Avengers: Infinity War, Thor has joined the Guardians of the Galaxy. As a result, the Marvel hero, played by Australian Chris Hemsworth, will be taking a backseat for this anticipated 2022 film. So what happens now? Well, Jane Foster returns to the picture as the new Thor! Well, that’s Lady Thor to you!

Spider-Man: Across the Spider-Verse (Part One)

The tour de force known as Spider-Man: Into the Spider-Verse is coming back to bless us with marvels (hehe) of animation! The trailers show us that the sequel picks off immediately after we left off with the first movie. Considering the chaotic fun of the original Spider-Verse crossover, fans eagerly anticipate what will happen next.

Though not connected to any big franchise, The Northman is a Robert Eggers movie. If you’re not familiar with the director, he’s the one who helmed The VVitch and The Lighthouse. And yes, Eggers’ films are an acquired taste. However, The Northman is more of an active action thriller period piece than a horror experience! Another fun fact about this anticipated 2022 film is that the original tale inspired Shakespeare’s Hamlet!

For people who are worried that a good original movie will get milked for all it’s worth, don’t worry! In Knives Out 2, only Daniel Craig’s character will be making a comeback. So, this means the sequel likely has an all-new story.

Remember the epic Justice League scene where Barry Allen resets the universe? Well, that got him thinking about creating his own future. So, The Flash’s standalone film centers on Allen – the super-fast superhero The Flash – trying to undo his mother’s tragic murder. The murder, coincidentally, got his father into jail.

Moon’s haunted. Time to head inside. This highly-anticipated 2022 film centers on a trio of astronauts trying to prevent the moon from falling onto Earth. But, unfortunately, it looks and sounds easier said than done! With the calamities brought about by the moon going haywire, it seems like the planet is fighting on more than just one front.

Fantastic Beasts: The Secrets of Dumbledore

This highly-anticipated 2022 movie expands further on the adventures of the magizoologist Newt Scamander. While he penned the book, Fantastic Beasts and Where to Find Them, in-universe, in this installment, Scamander gets pulled into events that lead up to World War II.

Here are some honorable mentions of 2022’s extra highly-anticipated films!