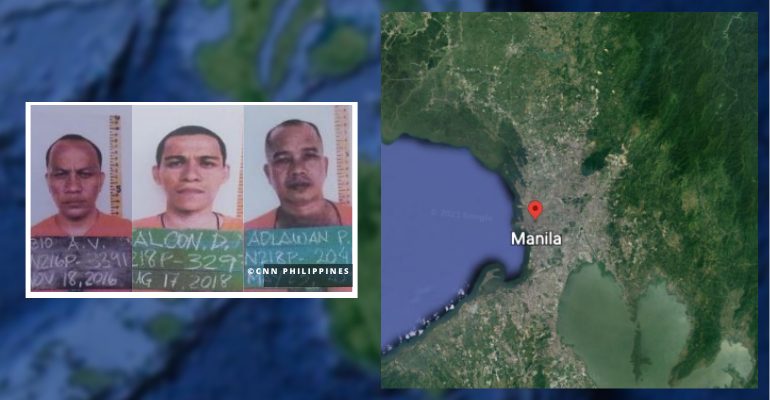 MANILA, PHILIPPINES — Three inmates were reported to have escaped the maximum security compound of the New Bilibid Prison around 1 AM on January 17, 2022.

Gabriel Chaclag, the spokesperson for the Bureau of Corrections, stated that the inmates are “armed and dangerous.”

Tne following are the names and details of the escapees: