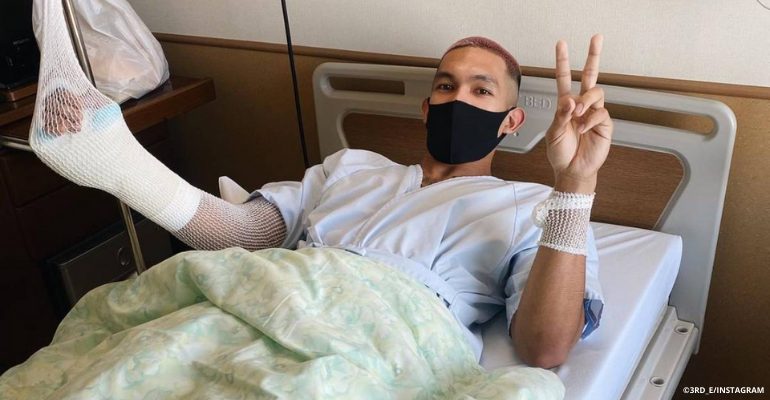 On Thursday, Thirdy Ravena underwent surgery on his right finger after getting injured last weekend while playing for San-En Neophoenix in the Japan B.League.

After getting the surgery, Thirdy Ravena was in good spirits as seen in a photo he shared on social media. The surgery was performed at the Chunichi Hispital in Nagoya, Japan by Dr. Etsuhiro Nakao.

“Happy to announce that my operation was a success! Thank you to the wonderful team of Dr. Nakao at Chunichi Hospital and my @neophoenix_official family. Be back soon,” Thirdy Ravena shared on his Instagram post.

It was last Saturday when the basketball player got hurt during the third quarter of the Neophoenix’s 81-80 road loss to the Shibuya Sun Rockers. Because of this, Thirdy Ravena missed the following game against the same team the day after.

The injury, a metacarpal oblique fracture, forced Thirdy Ravena to withdraw from that weekend’s B.League All-Star Game which was held at Mito, Japan.