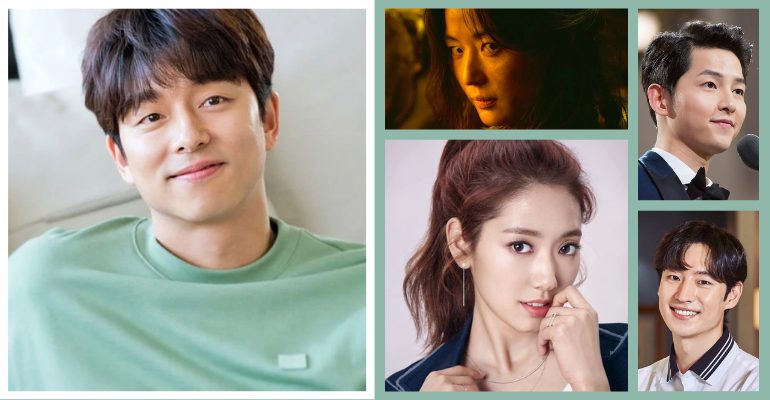 Amid the months-long battle against the COVID-19 pandemic, several Korean TV series are lined up to catch the eye of viewers across the world with big-name stars and writers for the new year.

Cable channel tvN, run by the entertainment giant CJ ENM, is ready with the most splendid 2021 lineup, as more than ten dramas are planned to be aired.

The legal drama “Vincenzo” will start the 2021 season in February, featuring the story of a Korean-born lawyer at an Italian mafia who comes back to his native country. It will be A-lister Song Joong-ki’s return project since his last appearance on the fantasy “Arthdal Chronicles” (2019).

Starring Jun Ji-hyun and Ju Ji-hoon, the action thriller “Cliffhanger,” or “Jirisan,” will premiere in the latter half of this year. It is tvN’s most anticipated project for 2021, for its all-star cast, including director Lee Eung-bok, who was behind several megahit TV series like “Descendants of the Sun” (2016) and “Guardian: The Lonely and Great God” (2016), and writer Lee Eun-hee, who created the historical zombie thriller series “Kingdom” (2019) on Netflix.

The second season of the medical drama “Hospital Playlist” will also return to the small screen this year.

Another cable network, JTBC, also boasts its 2021 program, including “Sisyphus: The Myth,” “Undercover,” and “Snowdrop.”

Labeled as JTBC’s 10th-anniversary project, “Sisyphus” will be the channel’s first 2021 drama to be aired in February. Starring Cho Seung-woo and Park Shin-hye, the mystery fantasy drama revolves around a genius engineer who tries to reveal the truth behind his brother’s death.

The political drama “Undercover,” a Korean remake of the British 2016 television series with the same title, will be broadcast within the first half. Simultaneously, streaming giant Netflix has beefed up its move to wade into the Korean market, releasing several new eye-catching Korean original shows in 2021.

“Snowdrop,” an upcoming television series, is also one of the most anticipated dramas this year where BLACKPINK’s Jisoo will star along with actors Jung Hae-in, Jang Seung-jo, Yoon Se-ah, Kim Hye-yoon, Jung Yoo-jin, and Yoo In-na.

The sci-fi mystery thriller “The Silent Sea,” starring Gong Yoo and Bae Doona, is on the top of its scheduled releases. It is about special team members assigned to secure a mysterious sample from an abandoned research facility on the moon.

The second season of the hit romantic comedy “Love Alarm” will be streamed this year, along with drama “Move to Heaven,” starring Lee Je-hoon, and horror series “Hellbound,” directed by Yeon Sang-ho of “Train to Busan” (2016).

“Kingdom: Ashin of the North,” a bonus episode of the popular original show, will also be released in 2021.

SBS’ suspense melodrama “The Penthouse: War in Life,” one of the hottest dramas late last year, will return with the second season in February.

The historical drama “Joseon Exorcist,” starring Jang Dong-yoon, and the crime action “Taxi Driver” are also among 2021 shows on SBS.

MBC, which decided to replace its weekday prime time series with other programs as part of its budget-saving efforts, will air its 15 billion won (US$13.8 million) blockbuster project “Black Sun” in the second half.