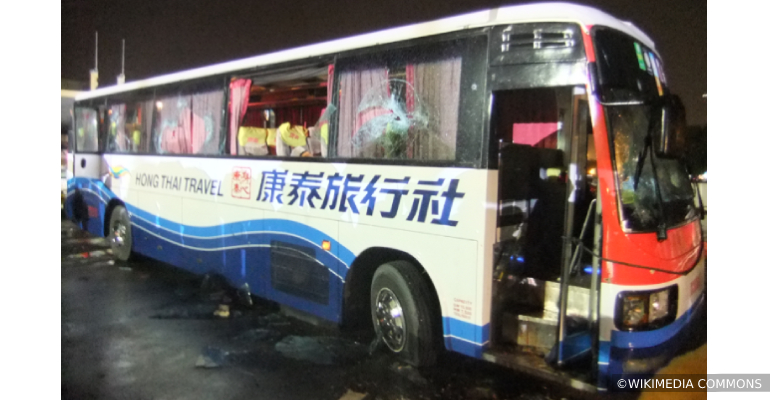 Eleven years ago, also on a Monday, in Rizal Park, “the heart of Manila,” saw a horrific incident that exposed the incompetence of the police force at that time.

The Manila Hostage Crisis, also known as the Rizal Park hostage-taking incident, has lasted nine hours on August 23, 2010. From morning to night, it had the attention of nearly every watchful eye that day.

The perpetrator was Rolando Mendoza, a 55 ex-officer at the time, whose only demand was for him to have a fair hearing to defend himself.

Mendoza was apparently unfairly dismissed from his job as a policeman—an exemplary police officer, to be exact. For nearly 30 years, he climbed through the ranks with much dedication and hard work, as his colleagues at the Manila Police District stated.

On the day of the hostage crisis, two of his former colleagues, Superintendent Orlando Yebra Jr. and Chief Inspector Romeo Salvador, handled negotiations.

The late President Benigno Aquino III knew of the hostage-taking incident while it was unfolding yet kept his distance. He stated that he was “confident in the capabilities of our security forces.” But, soon after, the situation deteriorated.

25 people were on that Hong Thai Travel bus. 20 Hong Kong tourists and their tour guide, three Filipino tour guides, and the bus driver. Seven of them would survive, though injured. But, unfortunately, 9 of them never made it out alive — including Mendoza.

The then-55-year-old had been a decorated officer with a promising future and was even commended as one of the best policemen in the Philippines. However, in 1996, the ex-policeman was accused of gang rape in Rizal Park—the same place he would take hostages years later.

In 2008, Mendoza coerced a hotel chef to consume methamphetamine hydrochloride and then extorted the chef, Christian Kalaw, for money.

The police force then fired Mendoza, without retirement benefits. His many denied appeals to the Ombudsman for a fair hearing was another factor that drove him to take hostages on this day 11 years ago.

The Manila Hostage-taking Crisis was a globally-known and publicly televised incident. Though it’s been years, the incident remains a dark stain on the Philippines’ internal and global reputation.

If you want to learn more about the tragedy, check out this comprehensive documentary here.