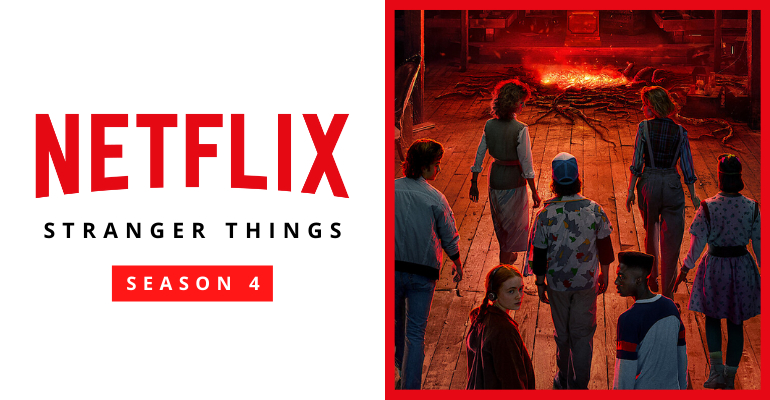 The long-awaited fourth season of “Stranger Things” will be split into two parts, according to Netflix, and you won’t have to wait long to see them.

Season 4 of Stranger Things is so long — nearly twice as long as any previous season — that it will be broadcast in two parts, according to an open letter published on Netflix’s official social media accounts. The Stranger Things Season 4 release date for the first half will be on May 27, and the second half will be released on July 1.

“With nine scripts, over 800 pages, almost two years of filming, thousands of visual effects shots, and a runtime nearly twice the length of any previous season, ‘Stranger Things 4’ was the most challenging season yet, but also the most rewarding one. Everyone involved is incredibly proud of the results, and we can’t wait to share it with you,” the Duffer Brothers said in their official statement.

While this chapter is coming to an end, the Duffers believe there are more new adventures and stories to be told. pic.twitter.com/3OGCjXR2Db

But what will be covered in the last season?

“It’s been six months since the Battle of Starcourt, which brought terror and destruction to Hawkins. Struggling with the aftermath, our group of friends are separated for the first time — and navigating the complexities of high school hasn’t made things any easier. In this most vulnerable time, a new and horrifying supernatural threat surfaces, presenting a gruesome mystery that, if solved, might finally put an end to the horrors of the Upside Down.”

The Duffer Brothers also revealed that Season 4 would be the final season of the show, as planned from the start. This comes as no surprise with the progression of time since Season 1 and the rising reputation of each of the young stars involved in the project. And with the many successes of the show from both viewers and critics, earning 31 Emmy nominations and 6 creative arts categories, it will surely deliver a fitting end for our characters.

If you haven’t seen it yet, here’s the latest official teaser released last year: