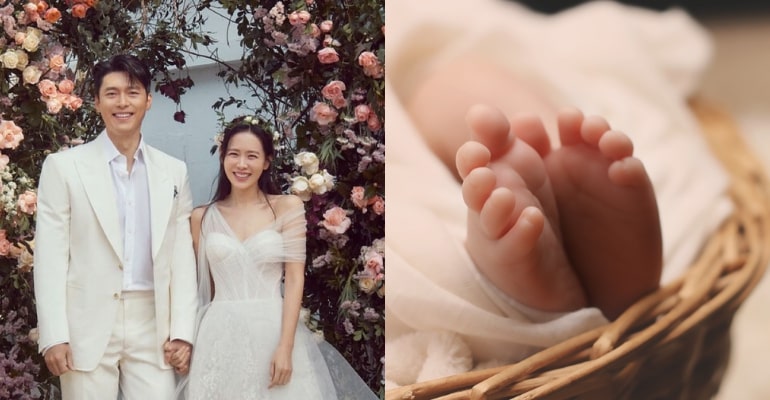 On November 27, Son Ye Jin and Hyun Bin’s agency announced the arrival of the couple’s baby early that day. Both the baby and mother are in good health, added their agency.

BinJin continues to bring the inspiration of love all over the world with this new addition to their family.

Last March 31, the couple married in a private ceremony at Grand Walkerhill Seoul in Gwangjin-gu, eastern Seoul. In June, the Korean superstars shared the happy news that they were expecting.

“A new life has come to us..,” posted the actress on Instagram and added, “We’ll take care of the precious life that came to us.”

As expected, fans are also ecstatic about the news!

“The world’s most genetically-blessed baby boy was born today!” One fan tweeted.

“Our BinJin couple welcomed their baby boy today,” tweeted another.

“The Baby of the Century is here!” @serineblack shared.

The couple first met in 2018 for the movie The Negotiation. They then reunited for the hit Korean drama “Crash Landing on You.” The show gained international recognition as it was also streamed on Netflix.

After filming the drama, Son Ye Jin and Hyun Bin began dating. However, since the two are very private, fans were only treated to glimpses of their glowing relationship.

In March this year, the two tied the knot. It was a very private ceremony with close friends and relatives only. Fans were provided with a quick look at their happy wedding day through photos posted by their agency.

Congratulations to the happy couple, and welcome to the world, baby BinJin! – WhatALife!