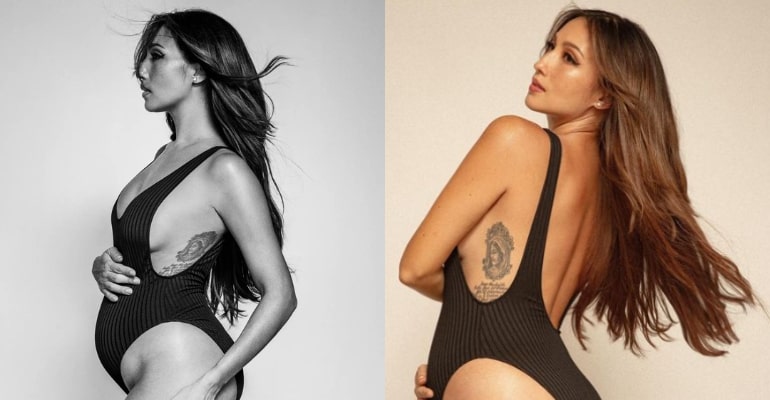 MANILA, PHILIPPINES — A month after confirming she is expecting her second child, Solenn Heussaff showed off her growing baby bump in her most recent picture session, proving she is a ‘hot mama.’

As seen on the actress’ Instagram page on August 2, she posed for a black-and-white picture shoot with photographer Jerick Sanchez while wearing a striped bodysuit.

“Playing around after work,” she posted.

Last month, Heussaff and her husband Nico Bolzico made an amusing “x-ray scan” video revealing they were expecting their second child.

The pair were married in 2016 and just commemorated their sixth wedding anniversary. Thylane “Tili” Bolzico, their 2-year-old daughter, was also christened in May. –WhatALife!/Brix