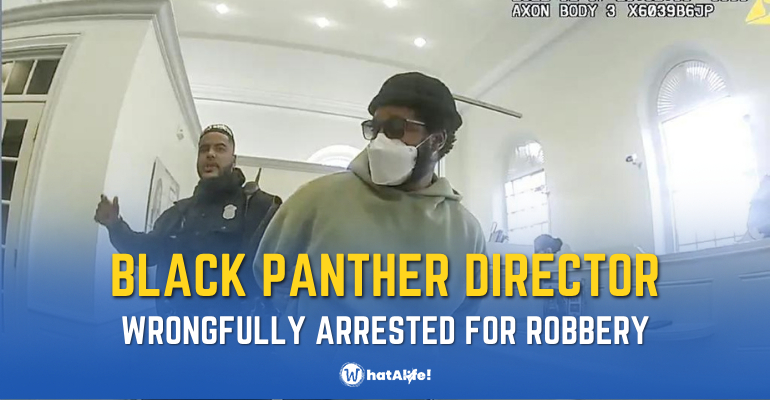 ATLANTA, USA — In a police report on March 9, Ryan Coogler, director of the famous Marvel film ‘Black Panther,’ was arrested and detained after being wrongfully accused of a bank robbery at Bank of America by the Atlanta police last January 7.

The Atlanta police hurriedly handcuffed the black American director after a bank teller in a Bank of America branch in the city of Buckhead mistook him as a bank robber.

According to the police report, Coogler happened to pass a note (identified by the Atlanta police as a withdrawal slip) to the bank teller that says, “be discreet when handing him the cash.” The note caused the bank teller’s confusion with a client trying to withdraw a large amount of cash amounting to more than 10,000 US dollars.

Based on the Atlanta police report, during Coogler’s attempt of withdrawal inside the bank, the bank teller claims that she “received an alert notification” from Ryan Coogler’s account. She immediately reported it to the bank’s manager and said that Coogler was trying to rob their bank.

Police Report: Ryan Coogler “was never in the wrong”

Ryan Coogler was approached and handcuffed inside the Bank of America after the Atlanta police received and responded to a call for a bank robbery in the city.

The driver and one female passenger of Coogler were detained at the back of the police car while waiting out front of the bank in a parked black Lexus SUV.

The footage released from the video of the Atlanta police shows the whole incident arresting and detaining Coogler.

The bank teller’s wrongful accusations of Ryan Coogler led to the director’s arrest.

According to the police report of the Atlanta police, the whole thing was a mistake because of the false accusation of the teller and that Ryan Coogler “was never in the wrong.” – WhatALife!