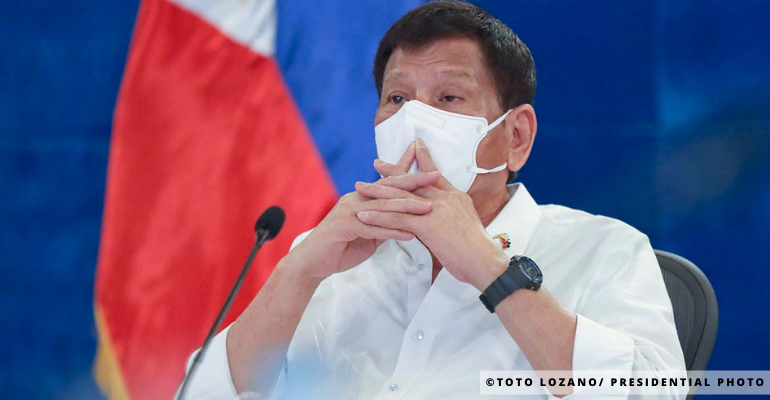 President Rodrigo Duterte personally submitted his statement of withdrawal for senator in the May 2022 national and local elections on Tuesday afternoon, December 14, hours after Senator Bong Go pulled out from the Presidential race.

Duterte’s certificate of candidacy was filed by lawyer Melchor Aranas on November 15 as a substitute candidate for the senate position under the Pederalismo ng Dugong Dakilang Samahan party.

After backing out, the Malacañang issued a statement explaining Duterte’s decision would allow him to better focus on managing the country’s pandemic response and sustain the progress made in safely reopening the economy.

“President Rodrigo Roa Duterte this afternoon filed his statement of withdrawal at the Commission on Elections (COMELEC) and will no longer be running for Senator in the May 2022 national elections,” acting presidential spokesperson Secretary Karlo Nograles said in a press statement.

Nograles said Duterte views his move as an opportunity to concentrate on efforts to ensure “transparent, impartial, orderly and peaceful elections” in May.

“After over four decades in public service, the President plans to retire from government to spend more time with his family when his term ends in June 2022,” he added. – WhatALife.ph

With reports from the Philippine News Agency