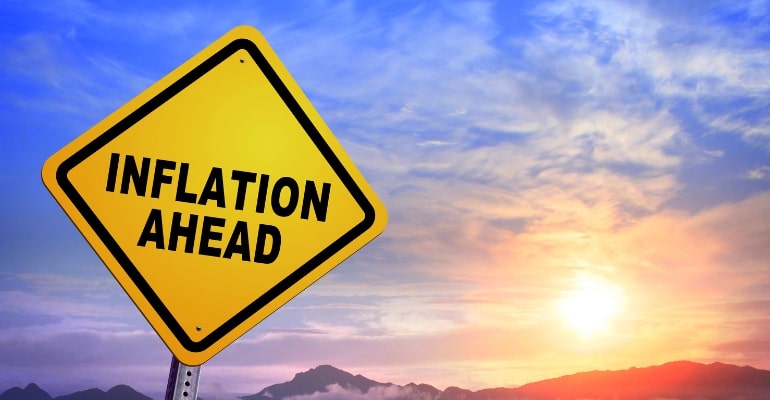 Del Prado said last month’s higher inflation is mainly due to the rising prices of food and non-alcoholic beverages, reaching up to 10 percent from 9.4 percent in October this year.

The deputy mentions the typhoon in November as the main driver of the increase in prices.

“If we recall, we had [a] typhoon towards the end of November. I think this is a spillover that is why vegetables were the main driver of the increase in food and non-alcoholic beverages,” she said.

November’s inflation rate is within the forecast range of the Bangko Sentral ng Pilipinas at 7.4 percent to 8.2 percent.

The central bank cites “higher electricity rates, uptick in the prices of agricultural commodities due to severe tropical storm Paeng, and higher LPG prices” as reasons for the inflationary pressures.

However, in a previous statement, Banko Sentral notes the stronger peso witnessed in the month, added to the continued reduction in petroleum and pork prices, may ease price pressures.

Meanwhile, the Development Budget Coordination Committee (DBCC) said on Monday it is eyeing 5.8 percent inflation for the year 2022.

At the moment, the average inflation of the year (from January to November) is at 5.6 percent.

PSA statistician Del Prado said DBCC may still hit its inflation target as long as December 2022 price increases should not go above 8.5 percent.

On the topic of onions, which have seen a significant rise in prices due to a decrease in supply, Del Prado said year-on-year prices of white onions climbed by 137.2 percent and 47.2 percent for red onions. – WhatALife!