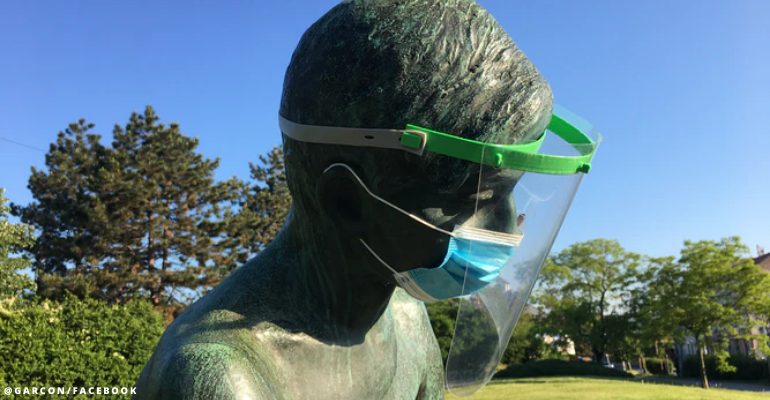 President Rodrigo Duterte has declared a “presidential policy” to ease the government’s face shield requirement by allowing its use only in hospitals, Malacañang confirmed on Thursday, June 17.

Presidential Spokesperson Harry Roque has confirmed this during an online press briefing after Senate President Vicente Sotto III, in a Twitter post earlier Wednesday, said Duterte has agreed that the public should only be required to wear a face shield when they go to hospitals.

Last night, the President agreed that face shields should only be used in hospitals. Allowed us to remove ours! Attn DOH!

During a Senate Committee of the Whole hearing on Tuesday, Sotto noted that the Philippines is the only country in the world requiring the use of face shields in public spaces.

Manila Mayor Francis “Isko Moreno” Domagoso also called on the Inter-Agency Task Force for the Management of Emerging Infectious Diseases (IATF-EID) to lift its policy mandating the wearing of face shields in all public places “to lessen the expenses and problems of the people.”

Later Thursday, however, Roque said face shield use will remain in effect while waiting for Duterte’s decision on the IATF-EID appeal.

In a statement, he said the IATF-EID resolved to recommend to Duterte “the mandatory wearing of face shields in enclosed/indoor spaces of hospitals, schools, workplaces, commercial establishments (such as but not limited to food establishments, malls, and public markets), public transport and terminals, and places of worship.”

“While waiting for the President’s decision on the matter, the existing policy on the use of face shields remains in effect,” he added.