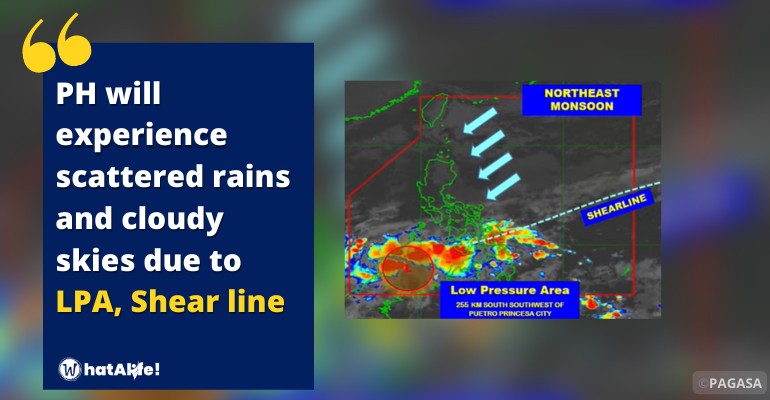 According to PAGASA, the Low Pressure Area (LPA) was projected to be 465 kilometers west of Zamboanga City or 255 kilometers south southwest of Puerto Princesa City on Thursday, with the shear line hitting Visayas and the northeast monsoon affecting Luzon.

The LPA/shear line will bring cloudy skies, scattered rainshowers, and thunderstorms to Visayas, Mindanao, and Palawan, with possible flash floods or landslides due to moderate to heavy rains.

The rest of Luzon and the Visayas will have moderate to severe winds from the northeast to the north, with moderate to rough coastal waves.

The forecast temperature range for major cities or areas as follows:

Watch the 4 AM weather update today below: