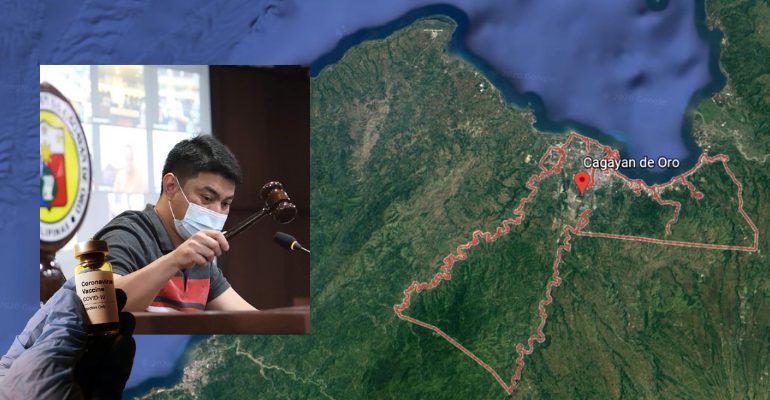 The local government is gearing up for the upcoming vaccine rollout for Kagay-anons.

The 19th City Council threw their support behind the vaccine rollout program for Cagayan de Oro City, saying the city should be prepared to spend and do what it can to provide the vaccines to its people readily.

“There’s no doubt that all or at least majority of the people of Cagayan de Oro City should have the vaccine in order to achieve herd immunity. (As to who will be prioritized), I propose that the frontliners, the senior citizens and the work force be prioritized in the vaccination program. The city has a services-oriented economy and if our workers are affected, so will the city’s economy,” Councilor Edgar Cabanlas said during Monday afternoon’s (January 11) session.

In a rejoinder to Councilor Lordan Suan’s report on the vaccine rollout, Councilor Cabanlas also urged the task force to be instituted by City Hall to start initial negotiations with the vaccine suppliers.

“Mahitabo na inilogay sa pagpalit sa vaccine (There will be competition in the purchase of the vaccines) among local governments especially those who are hardest hit by the pandemic so the city should be ready to reserve P500 million to acquire the vaccines,” Cabanlas said.

During the session, Councilor Maria Lourdes Gaane, who chairs the council’s health committee, said she talked with acting City Health Officer Dr. Lorraine Nery, who told her that the task force to be formed this week will wait on the Department of Health (DOH) guidelines that would pave the way for a tripartite agreement between the national government, Cagayan de Oro City Hall and the vaccine suppliers.

“Like what he said in the press briefings, Mayor Oscar Moreno said the city government will work to allocate P300 million to P500 million for the vaccination,” Councilor Gaane said.

Councilor and majority floor leader Ian Mark Nacaya said the city government should maximize its partnership with all stakeholders, especially the private sector, to ensure the smooth and equitable distribution of vaccines.

“Whether it be on the barangay level or online, an efficient, effective distribution system should be in place for the vaccine rollout. Let’s avoid what happened to the cash assistance program (which had its own problems),” Nacaya said. For his part, Vice Mayor Joaquin Raineir ‘Kikang’ Uy said the city should wait on the DOH to issue the vaccine distribution guidelines.

“Let’s wait on the specifics of the vaccine rollout program. What is clear is that Mayor Moreno pronounced that P300 million to P500 million will be set aside for the vaccination,” ” Uy said as he and the council referred the vaccination budget issue to the council’s finance committee chaired by Councilor Edna Dahino for deliberation.