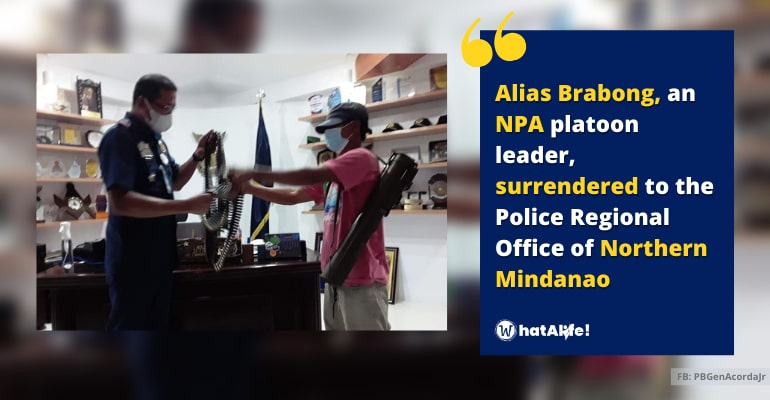 According to Acorda, the NPA rebel was one of the perpetrators in the recent kidnapping of a police officer in the Bukidnon village of Kalilangan. After two months and 18 days in captivity, the police officer was discharged.

“He (Brabong) communicated to a former rebel, who also surrendered to us. That was the start. When we confirmed, we immediately fetched him in Talakag town,” Olaivar said.

On June 23, 2021, the Anti-Terrorism Council formally recognized the National Democratic Front (NDF) as a terrorist organization. The NDF is identified as “an integral and inseparable part” of the CPP-NPA, which was established in April 1973. – WhatALife! / Francis